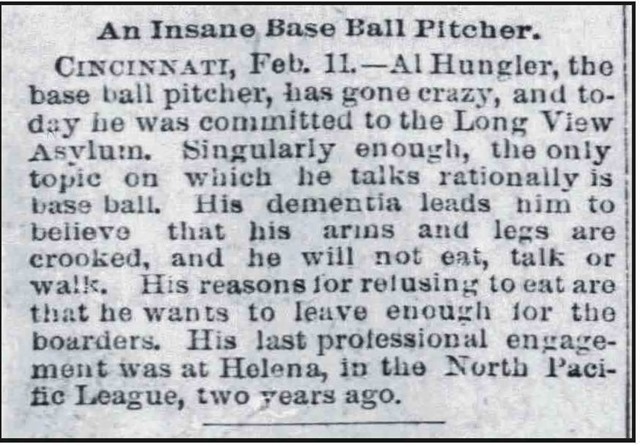 In researching my great grandaunt’s family, I discovered the sad story of Albert Charles Hungler.

Albert Charles Hungler became a minor league baseball player.  It looks like he played from 1887 at age 27 to 1890, age 30 for eight different teams. 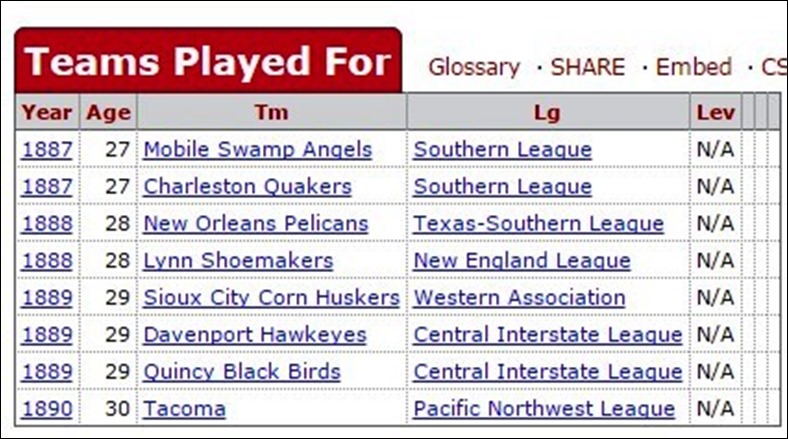 I found reference to him on these websites.

Here’s a image of one of the baseball cards, used with permission from my cousin. 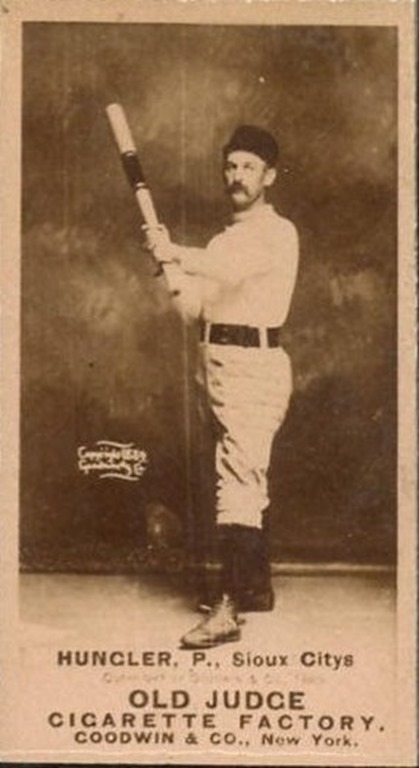 Here’s the obituary for Al.

Al Hungler was only 33 years old when he died.  His cause of death is listed on a cemetery/burial card, as Marasmus.  According the the dictionary this is a lack of nutrition associated with infants. “severe undernourishment causing an infant's or child's weight to be significantly low for their age (e.g., below 60 percent of normal).”

Here is the cemetery card. 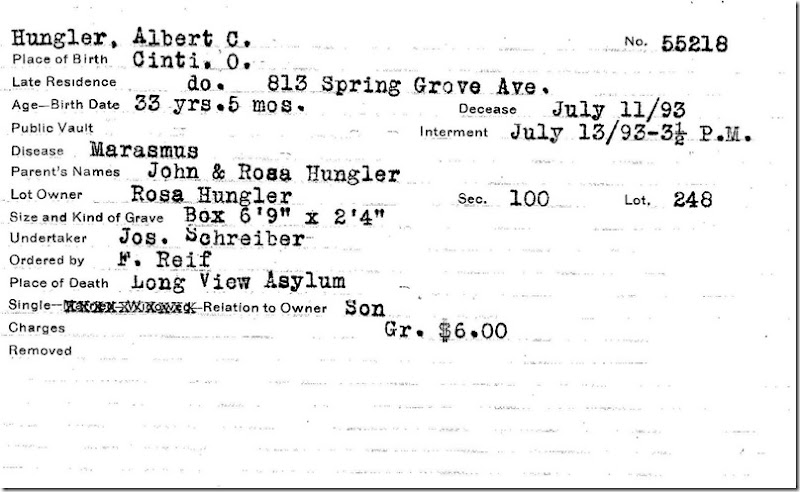 NOTE: What could cause Marasmus in an adult?  I have my own thoughts on this.  During my research I have found that syphilis was not uncommon in our ancestors.  This disease often affected the brain.  I actually have one ancestor whose cause of death was “brain syphilis.”  Could this be what caused the mental deterioration and eventual death of Al Hungler?

FAMILY NOTE:  This must have been a horrible time for Al Hungler’s family.  His father, John Richard Hungler had passed away at age 47, in 1880, of Typhoid Fever.   A few months prior to Al’s death had been the death of his younger brother William H. at age 23 due to Disease of lungs.

If you are related to this family I’d love to hear from you.

Email ThisBlogThis!Share to TwitterShare to FacebookShare to Pinterest
Labels: #huntersisters, #madnessmonday, cause of death, MadnessMonday, seigle