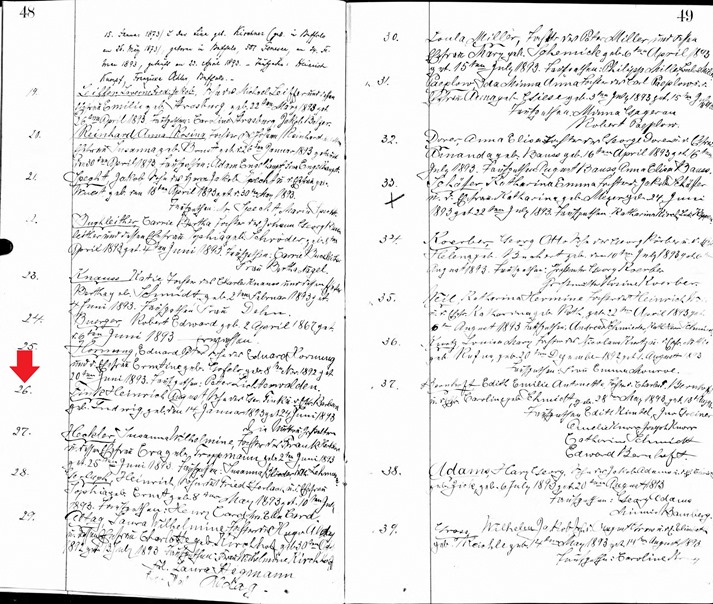 Heinrich August Fink is my husband’s maternal grandfather.  He was known throughout his life as Henry August Fink.

This discovery came today when I did a search on Ancestry, from my tree, for Henry August Fink.  This is something I do on a regular basis.  I’ve made lots of great finds this way and today was no exception.

I discovered the record collection U.S. Evangelical Lutheran Church of America, Records, 1875-1940.  This collection is new to me and I wonder if I’ll find other records contained in it?

What I found was this indexed record:

I did a little genealogy happy dance and then proceeded to download the image, save it to my computer and then source & enter it into Legacy. 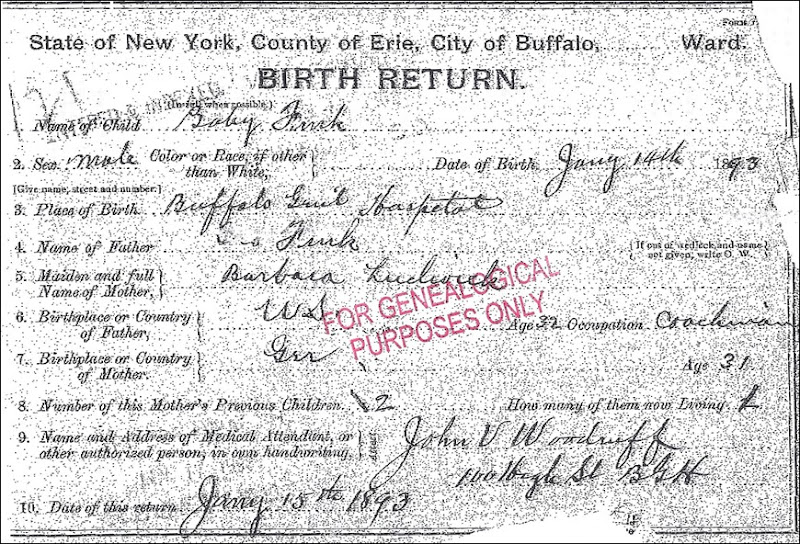 If you look at the baptismal record you will see that the birth date is exactly the same, 14 Jan 1893, as that of the Baby Fink birth record.  The parents must have waited until the baptism to name the baby.  The baptism took place 6 months later.

Combining the birth record, baptismal record and death certificate (which lists Henry’s birthdate), I have the 3 records I always like to have to conclude that the date is correct.

Here are the four Fink siblings in 1936.


I had the pleasure of knowing all four of those children, as adults.  They were my husband’s mother and her siblings.

In 1935, Henry moved his wife and children to San Diego, California.  They all went to work at General Dynamics/Consolidated Aircraft, becoming the largest family group to work there.  An article was written in the San Diego Union about this family group.  A photo was included in the newspaper article.  I don’t have the article, but I do have the photo (below). 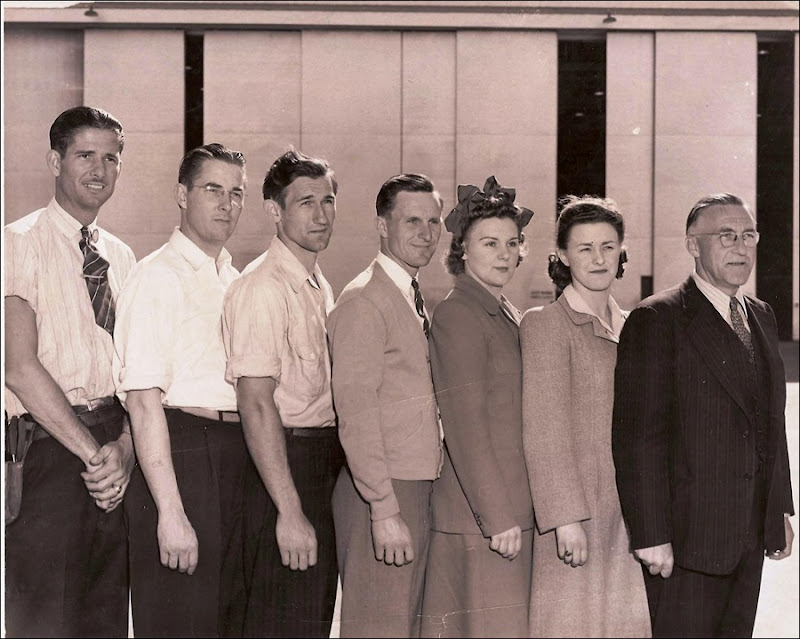 Henry is buried at Mt. Hope Cemetery in San Diego, California.  You may visit his memorial on findagrave #31820256.  (The FindAGrave website is down right now and I cannot create a link to his memorial). 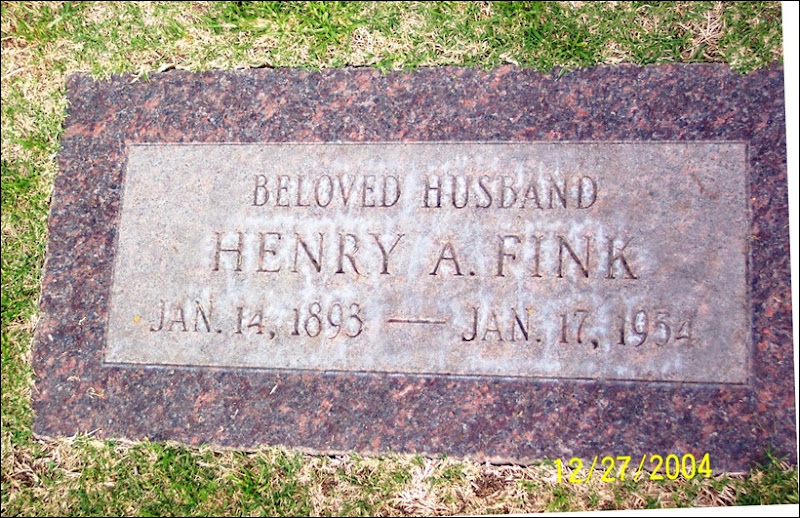