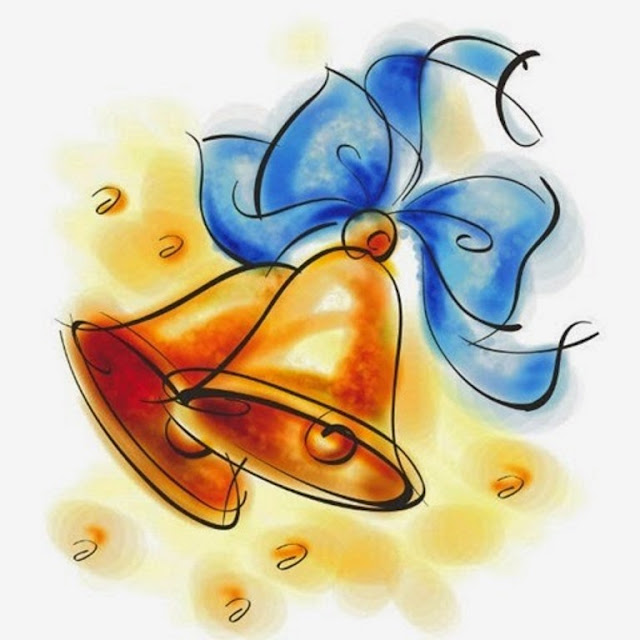 One of the images I shared was from page 5 of my 7 pages of items I hoped to find.The marriage of William Gillen & Caroline Rosell.  I had located a film number on the Family Search site, but the film can only be viewed at the FHL.

The film was online at the library (only viewable if you're there in person), so I didn’t have to pull it and use a machine to view it.  I brought it up on the computer, film #000338048, and scrolled to the correct location on the film and THERE IT WAS! 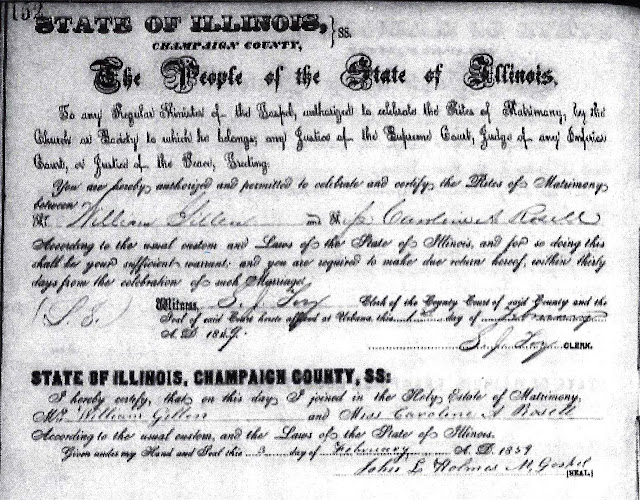 William & Caroline were enumerated next to his parents in the 1860 census, along with their 7 month old son, Clinton.  William worked as a farm laborer.  Was he helping his Dad on the farm?  I suspect he may have been.

Now is where my questions begin.  I have not been able to locate William in the 1870 or 1880 census.  No sign of Caroline either.  BUT, I do find their son, Clinton, living with his grandparents, John & Nancy in both the 1870 and 1880 census in Illinois.
According to William’s death notice, he moved to New Orleans in about 1861, when Clinton was just a toddler.  What happened to Caroline? Why was Clinton raised by his grandparents?
William is enumerated in the 1900 census with a wife named Cassie.  The census states they’ve been married for 25 years.  This puts the marriage long after William & Caroline’s marriage.

I’ve spent the past hour going through newspapers, census records and cemetery memorials trying to find out where or when Caroline may have died.  I've also looked for any records of the marriage of William to a Cassie in about 1875.  I have been unsuccessful.  BUT, I’ve located a lot of other newspaper articles about William aka Capt. William Gillen’s time piloting river boats out of New Orleans.

For now, I’ll be satisfied to post this marriage record.  I’ll keep searching for more information about William and his two wives.