HERE’S WHY I THINK MY DAD WAS 20 YEARS OLD WHEN HE GRADUATED FROM HIGH SCHOOL IN 1933?


Most of us assume that graduation age for high school is age 17 or 18.  Right?  There are exceptions.  If a child is particularly bright and graduates early  If a child was held back due to grades or illness, perhaps they would graduate at an older age.

Let’s discuss my Dad, Harry Norman Gould.  I have always known his birthday, 31 Dec 1912.  Born on New Year’s Eve.  We celebrated his birthday, along with a new year, every year.  That would mean he probably graduated high school in 1930 or 1931.  However, I had never located a high school yearbook for him and had no school records.

FINALLY,  (after a dozen years of searching) I found my Dad’s high school yearbook picture.  Thank you to MyHeritage for having this yearbook collection for Northwestern High School in Detroit, Michigan, for this particular year.  I had done this search on Ancestry many times, but not located the yearbook.  It is still not available on that site.  One more reason for me to be happy I signed up for MyHeritage recently.  Yes, I still have my Ancestry subscription too.


To my surprise, I found my Dad in a 1933 yearbook.  And there was the handsome portrait photo I have always had for him.  My grandmother wrote the date 1933 on it.  I never thought it was a high school photo, because I “assumed” he graduated in 1930 or 1931.

Here’s his birth certificate from Michigan.  I sent for this record back in 2005. Every item on this certificate except for one, coincides with all I know about my Dad and what I’ve gathered in evidence to support that.

The one exception is his father’s name being listed as Henry W. Gould instead of Harry W. Gould.  I have learned that Harry and Henry are often interchangeable from one record to the next, so that exception doesn’t bother me. 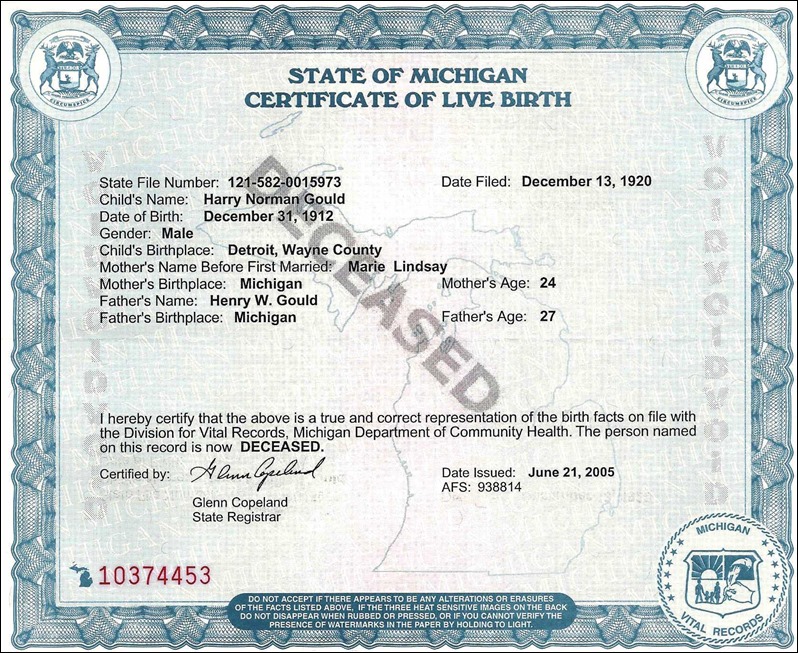 Note the date of filing is 1920.  My Dad would have been nearly 8 at the time this certificate was issued.   I wonder if there had been no record of his birth prior to that time?

Was the certificate required in order for him to enter school?  If so, why did he enter so late?  His age on 13 Dec 1920 was 7 years 11 months and 12 days.  That would certainly account for him not graduating until 1933.

Here is the original scan of that photo of my Dad, with my grandmother’s writing on it, identifying it as her son, Norm and the year 1933.  Prior to this I had thought it was a portrait photo taken of my Dad after high school. 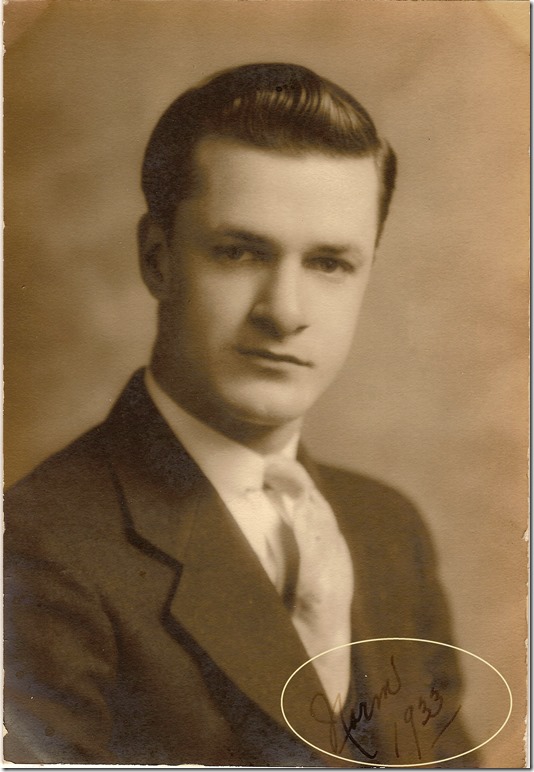 And here is the photo as it stood in my grandmother’s home on Asbury Park in Detroit (indicated with an arrow).  That’s me at about age two. 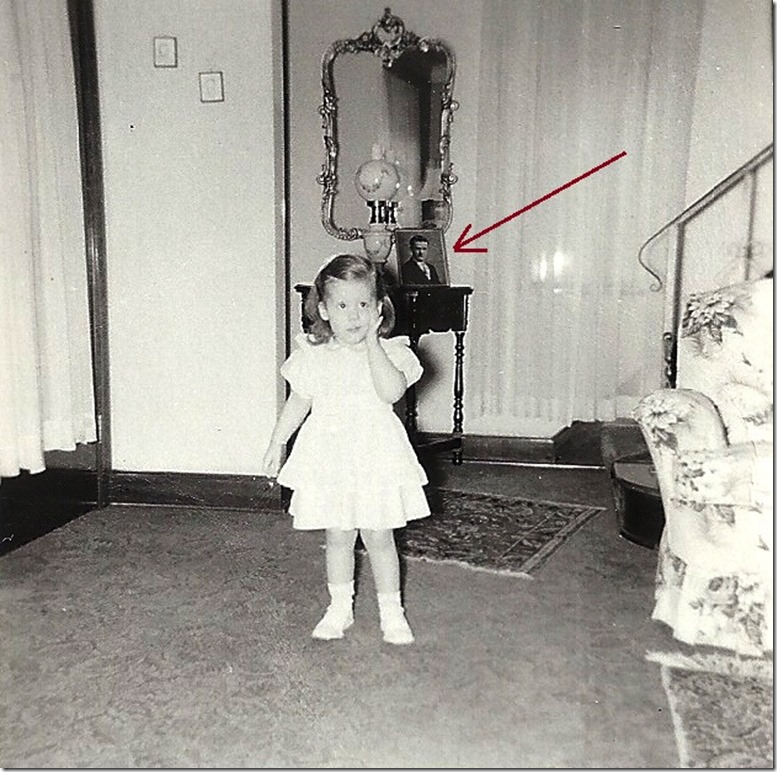 I took another look today to try and find a birth record online, for my Dad.  Family Search didn’t have it.  When I looked on Ancestry this is what they have for Michigan births. 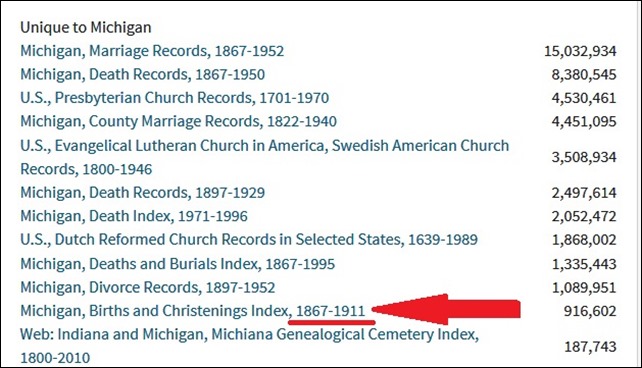 For now, I am going to conclude that my Dad did graduate from high school at an older age.

I know he had scarlet fever when he was a child, leaving him deaf in his left ear.  I don’t know how old he was when he got sick.  Perhaps, because of that he had to miss some schooling or had to repeat a grade.

Have you found a surprise or two, like this in your research?  I’d love to hear about it.