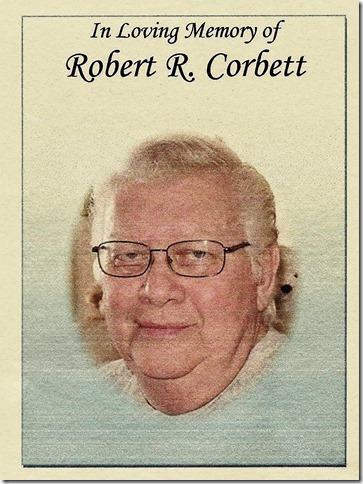 Robert “Bob” Rulyn Corbett was married to my paternal half sister, Virginia Carol Gould from 20 Feb 1965, until their divorce in 1991.

After Bob and Virginia married, they had 3 children, two daughters and a son.  Sadly, his son, Bobby, developed cancer and passed away at age 18.  Today would have been Bobby's 42nd birthday.

Robert remarried and lived happily with his second wife.

In addition to his wife, he left behind his oldest daughter, Dawn and her husband and two grandchildren and his youngest daughter, Deb and her young son.  He is greatly missed by his family.

Here is the inside of his funeral card. 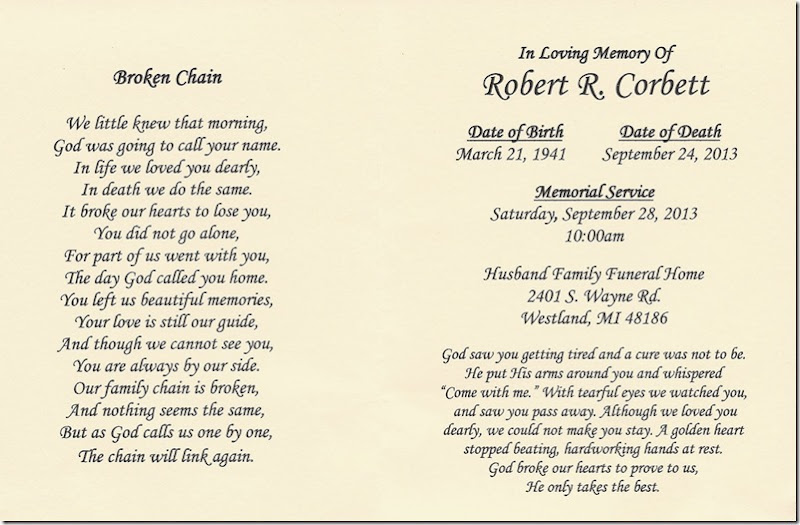 If you think you may be related to anyone mentioned in this blog post, please contact me.  I’d love to hear from you.
Happy hunting,
Michigan Girl


ALL RIGHTS RESERVED.  NO USE WITHOUT PERMISSION
Posted by Diane Gould Hall at 11:33 AM