I’ll start this post off by saying that I have limited information about the life of my 3rd great grandfather, Thomas Gillespie.  Here’s what I do know.

Thomas was born about 1794 in Stenton, Derbyshire, England possibly to Robert Gillespie and Elizabeth (maiden name not known).  My source for the parent’s is information I received from another researcher.  I have not been able to verify the information, yet.

Thomas married Susannah BARROWCLIFF in 1815 in Wilne, Derbyshire, England.  Here is the only image for that marriage that I currently have, from Pallots Marriage Index 1780-1837, found on Ancestry.com.

Here is a map of the area where Derbyshire is located in England.  Also on this map is the location of Devonshire, where this family moves to after the birth of their son, John in 1821 and before the birth of twins, Joseph and Robert in 1825. 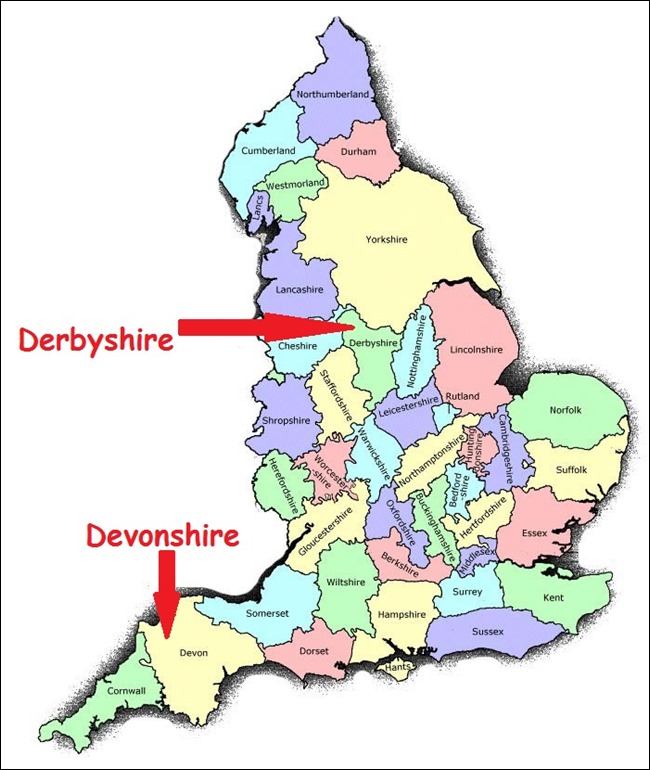 I have located baptismal records for some of the children.  The children I have so far, for this couple are:

That’s 9 boys and 1 girl.  According to a letter written to me, by my grandmother, Florence Bowden Milne (who was the family historian before me), there were 12 boys and 1 girl born to this couple.  I’m still looking for 3 more boys.

Here is the 1841 census.  This shows Thomas and Susannah with their children, William, Mary, Robert, Thomas, Richard and Joseph.  Thomas is working in the Lace industry, which fits with other records I have for him. 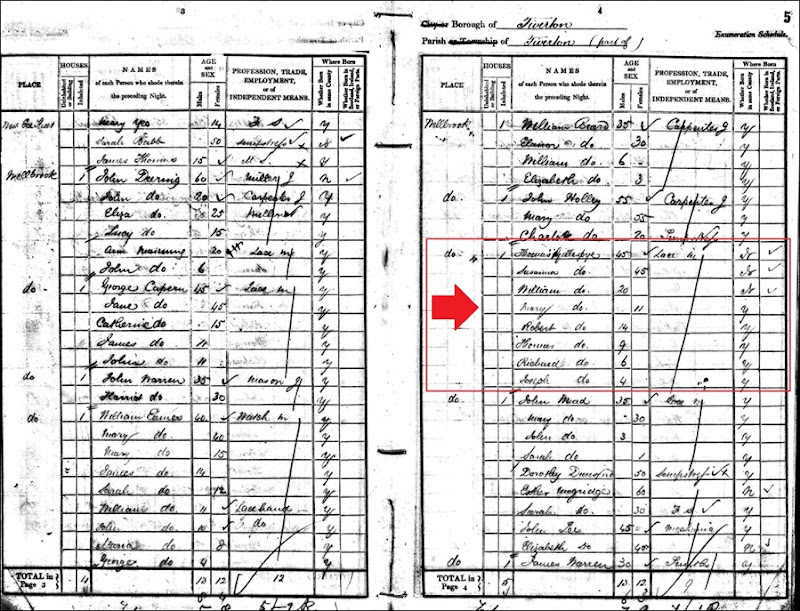 Here’s a close up of the family. 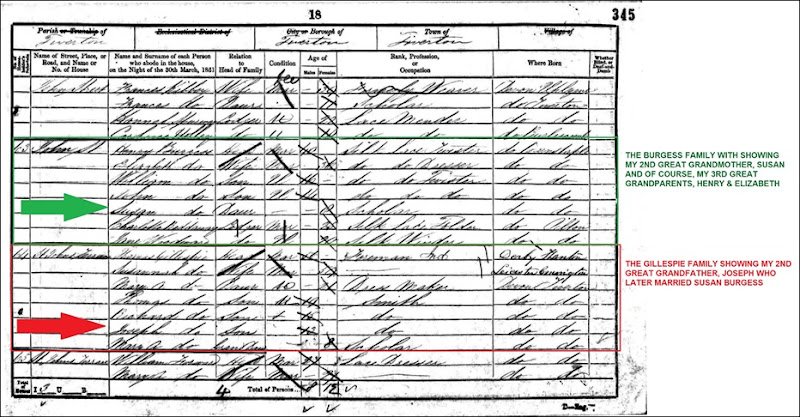 NOTE:  Living next door are Henry Burgess and his family.  Among the children in the Burgess household is a daughter named Susan.  She married Joseph Gillespie on 24 Dec 1859 and became my 2nd great grandmother.

Also of note in this census is a granddaughter named Mary A., age 8.  This would put her birth about 1843.  My original thought was that she was the daughter of Mary Ann Gillespie.  However, Mary Ann would have been 14 at the time of the birth.  Certainly not impossible.  I don’t have a husband for Mary Ann Gillespie, nor have I found other records for her.  So is Mary A. the 8 yr. old hers?  Or is she the daughter of one of the brothers and just named after Mary Ann?

The only other record I have for Thomas is a death record.  He died 16 Jan 1868, age 74 years.  His occupation is listed as Foreman of Silk department, Lace Manufactory.  He died of Bronchitis.  I obtained this record by sending a request to the General Register Office. 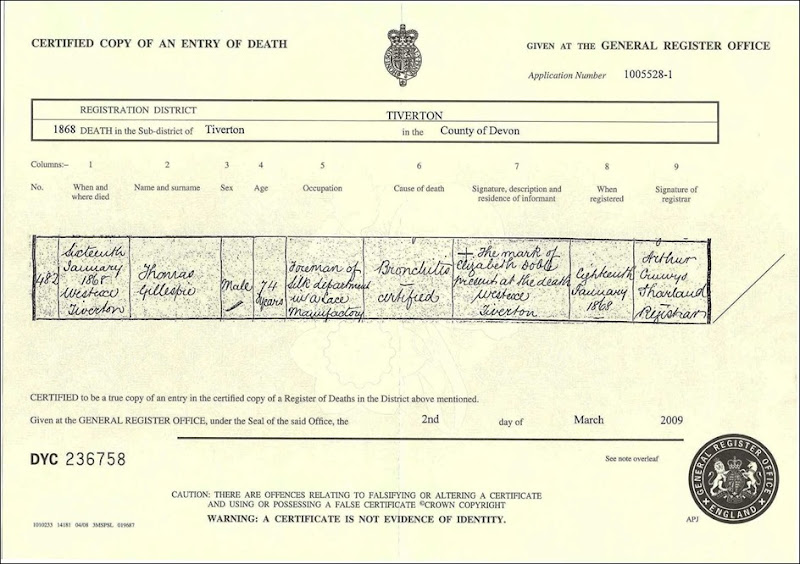 I have located no records for the death of Thomas’ wife, Susannah.  I also have no burial location for Thomas.  I’ve always wished the UK death records list the burial locations, as do many of the U.S. records.

I would certainly love to hear from any of you that may be related to either the Gillespie or the Burgess families.  With all those sons, there have to be many descendants.