Robert Andrew Milne was my Mom’s only brother.  He was 15 years older than her.

Robert is the son of Joseph Albert Milne and Florence Bowden Milne.  He was born in 1909, the second child of four born to this couple.

My Uncle Bob was small in stature, standing only 5’ 7” and weighing just 114 lbs.  He had blue eyes and brown hair.

Here he is with his mother and in his military school uniform.


My mother’s memories of her brother Bob, were few.  Bob was sent off to military boarding school as a teenager.  When he would come home, my Mom said he would always take the time to talk to her and make sure she was doing well.  My Mom said that Uncle Bob and his father (my grandfather) didn’t get along very well.  She didn’t know why. Mom also told me that Bob had a lifelong problem with alcohol which affected many areas of his life.

Below is a photo from 1934.  That’s Uncle Bob, his maternal grandmother, Florence Hunter Bowden Bell, his sister Joan Milne, his paternal grandmother, Susan Gillespie Milne Smith and the little girl in the front is his sister, Pat, my mother.  Their sister Dorothy Irene Milne died at age 13, in 1920. 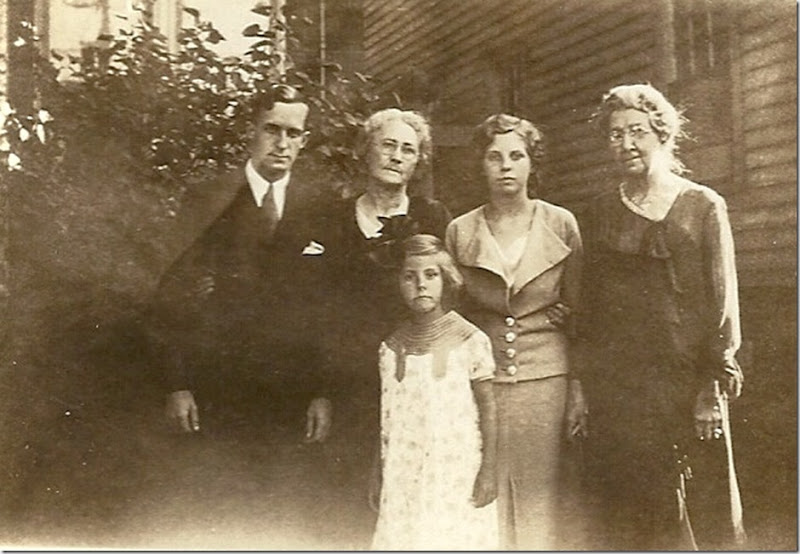 Bob would have been 32 years old when he went into the service during World War II.


Here is a copy of a portion of Uncle Bob’s discharge papers, showing his unit and the medals he won.  He served as a Surgical Technician. 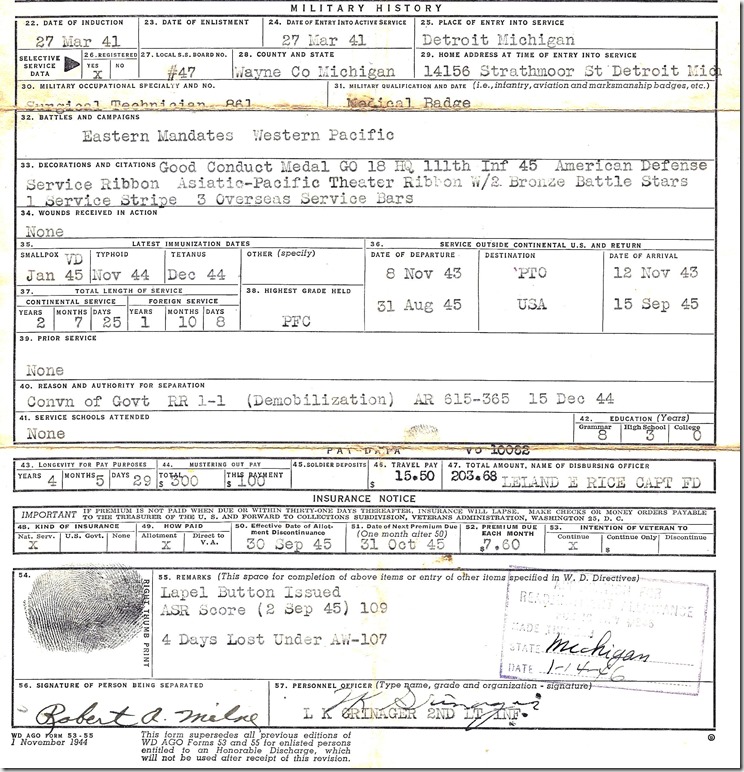 Here is a picture of my Uncle Bob with his wife, Dorothy, on the beach in 1962. 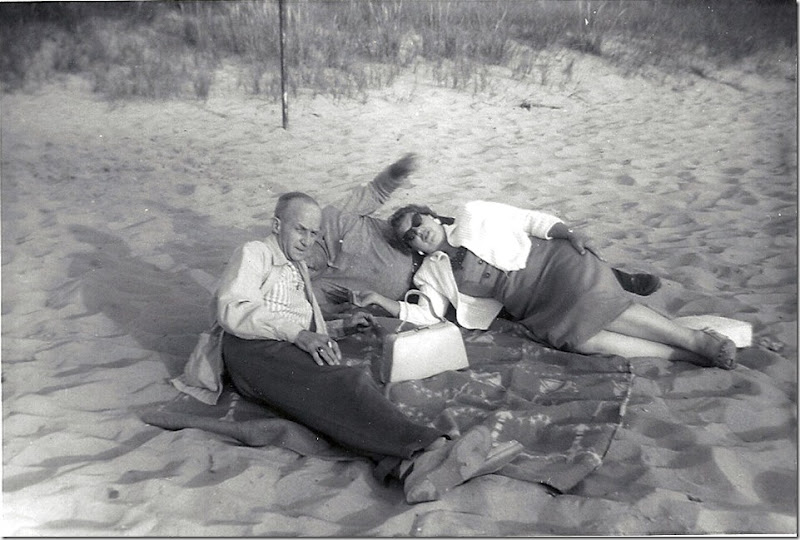 I only have vague memories of my Uncle Bob.  He lived his entire life in Detroit, Michigan.  We moved from Detroit when I was only 7 yrs. old.

Robert Andrew Milne died 17 Nov 1969 at age 60.  His cause of death was generalized carcinoma of the lung.

I’m proud of my Uncle Bob for his service to our country.  I wish I would have gotten to know him better.  But, I’m glad I can honor him here.

If you have any connection to the people in this post, please contact me I’d love to hear from you.