Dorothy and her siblings spent their childhood and early adult years in Buffalo.

It was about 1936-37 when Henry Fink and his wife, Freada, decided to move to San Diego, California.  Moving with them were all four of their children.

The entire Fink family worked for General Dynamics in San Diego.  They were the largest family group to work for the company during the war years of the 1940's.
Dorothy married Gordon Hall and had one son, Ronald.

Dorothy was a loving wife and mother and is still missed today by her son, her grandchildren and many nieces and nephews.

A more complete story about Dorothy will be posted next week.

Here is a picture of Dorothy with her husband Gordon and their young son, Ronald. 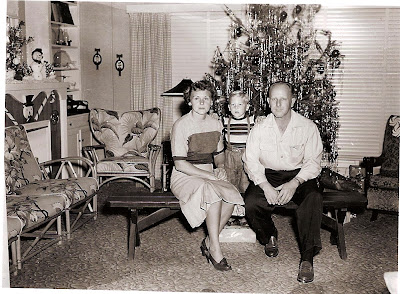 That's all for now,
Michigan Girl