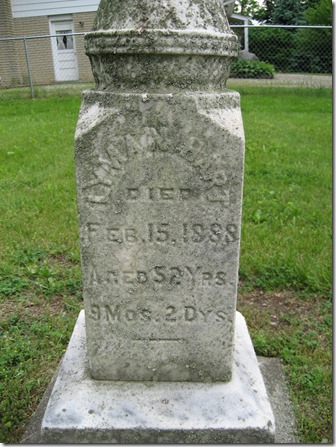 Lyman Constantine Hart is my 2nd great granduncle on my paternal side.  He was the son of Henry Hart and Olive Glasier Doten.  He was the 2nd child of 9 born to this couple.

Lyman remains a bit of a mystery to me.  He is enumerated with his family in the 1850 census in Armada, Macomb, Michigan.  I have a Civil War Draft Registration for him from Jun 1863 and he appears in the 1870 census living with his parents, one brother and a sister.


(CLICK ON ANY IMAGE TO ENLARGE IT)
I tried again today to find Lyman enumerated any time between the 1870 census and his death in 1888.  I looked for U.S. census records, agriculture records, state census records and city directories. I had no luck at all. I’ve never located a marriage record for Lyman either.
I do know when he died and where he is buried.
His death record lists his name as L. C., his age as 52, born in Canada – all of those being consistent with my records.  His case of death was “cancer of face” and his occupation listed as a Painter.  The date of death on the register is a match to what is on his headstone, so I’m certain this death record is his.
NOTE:  In looking at this record today, for the first time in a while I notice there is a handwritten note under the place where parent’s names should be, which says “Wayne County Poor House, Further Particulars Unknown.” 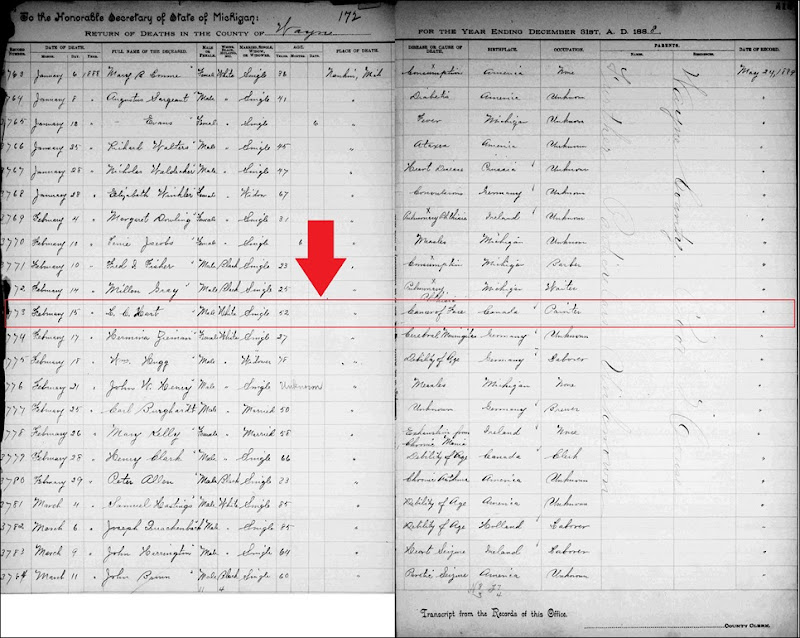 Here is page two turned sideways and enhanced.  You can see that note written where the parent’s names should be. 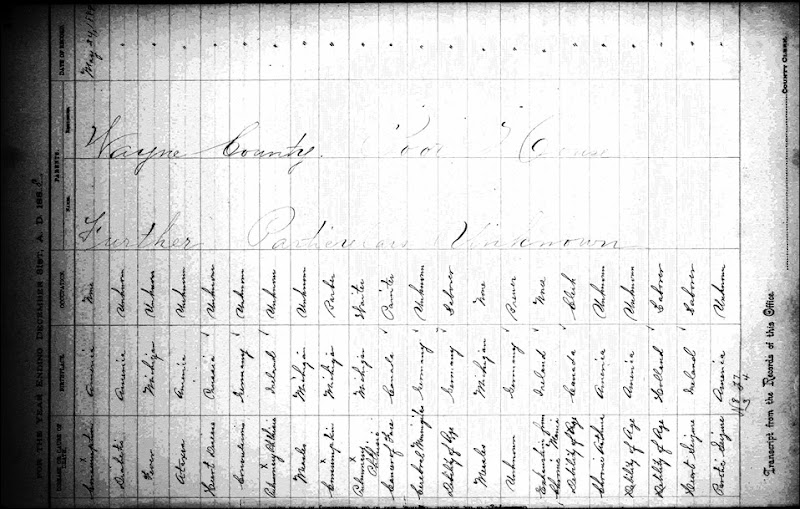 The Michigan Deaths & Burials, 1800-1995 list the death place as Nankin, Wayne, Michigan.  This leads me to believe he died at Eloise Asylum/Hospital.

Lyman’s father, Henry Hart, had died in 1879.  That left his mother, Olive, a widow, aged 74.  I am unable to locate her in the 1880 census either.  I wonder why Lyman would have ended up in the Poor House?  He had many sisters, brothers and half siblings living in Armada.  Is it possible his mother was also at the Poor House?  She died a year before Lyman.  Her death record does not indicate she was in the Poor House and does give her parent’s names.  So, I’m uncertain where she was living between Henry’s death in 1879 and her own death in 1887.

Lyman and his parent’s are buried in Rose Hill Cemtery in Armada, Macomb, Michigan.  I have been there twice and photographed their headstone.  They are all on the same stone, on different sides of it.

I would welcome input from anyone who has more information about Lyman.  If you’re a cousin, please get in touch with me and let’s share information.