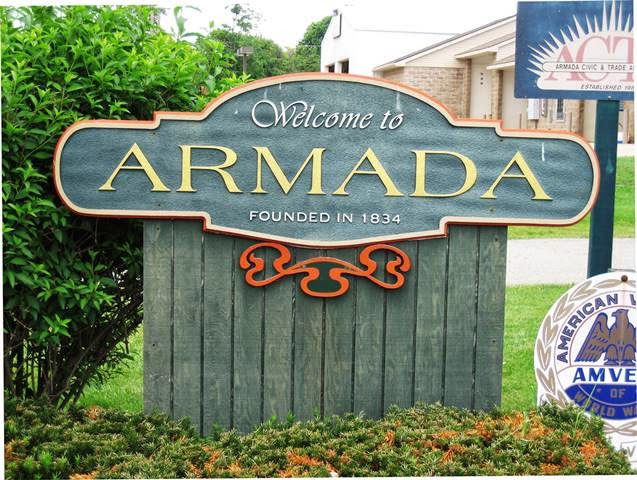 I know you’ve all seen it.  You find a census record for someone you are researching and lo and behold, on the same page is another familiar family.
This has happened to me more than once during my research.  Sometimes, I don’t see it the first time I view the census.
Whatever the reason, it’s fun when you do find them.  Here’s one that I found early in my research. 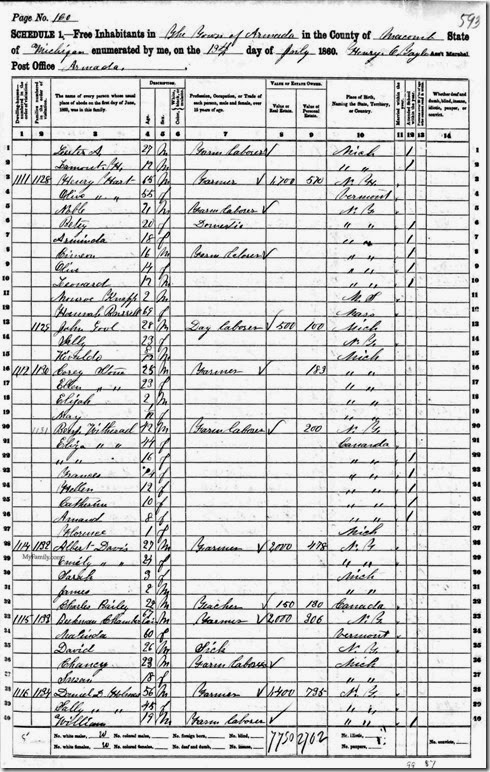 Here is a close up of my two families.  Henry Hart and John Gould

Who are these ancestors to me?

Henry Hart & his wife Olive are my 3rd great grandparents

John Gould and his wife Sally are my 2nd great grandparents. Sally is Henry Hart’s daughter.  She and John were married in 1858.  And now have a young son, Vivaldo.

1860 census – Town of Armada, County of Macomb, State of Michigan
Enumerated on 13 day of July 1860.
Lines 3-12, dwelling number 1111, family number 1128
QUESTIONS:  Who are Monroe Knapp and Hannah Burrell?  Are they family?  Are they boarders?  I have yet to figure this out and I’ve tried many times over the past 10 years.

Lines 13-15, dwelling number 1111, family number 1129
OBSERVATIONS:
1.  Because the dwelling number for both families is the same, it appears they were living in the same house or on the same property.
2.  Both Henry Hart and John Gould own real estate.  They should then be listed on the agricultural census for 1860.  Are they?
3.  There is a family directly next door named Stone.  I know that John Gould, bought land from Hannibal Stone in 1863.  Is this Stone family related to Hannibal?
4.  The enumerator lists New York as the birthplace for Henry Hart and his children.  However, this conflicts with other records I have for this family.
5.  Can I locate the land records for the real estate owned by Henry Hart and John Gould in 1860?

Reviewing this census, that I have looked at so many times, has given me some new ideas.  It never hurts to take another look at even the most common of records, such as our wonderful census records.