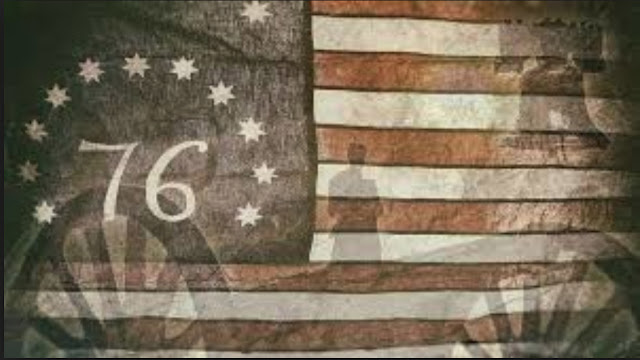 I had touched on these two 6th great granduncle’s in a previous post about the Wunderlich family.  You can read that post here SURNAME SATURDAY ~ WUNDERLICH–Johannes (1700-1760) my 7th great grandfather

In the past couple of days, I’ve learned a bit more about Johannes & Daniel Wunderlich.  My research is no where near complete, but I’ll share what I have so far.

As stated in the blog post referenced above, Johannes & Daniel did, in fact, come to Colonial America in the mid 1750’s and they did marry sisters.

Johannes married Maria Elizabetha Siechele on 11 Jan 1757 in Derry, Pennsylvania.  This is referenced in Pennsylvania, Lutheran Baptisms and Marriages, 1730-1799.

Now, on to the Revolutionary War service of these two German immigrants.

Both Johannes & Daniel Wunderlich are listed in the Daughters of the American Revolution, Index of the Rolls of Honor books as verified patriots.

Along with that there is the Pennsylvania, Veterans Burial Cards, 1777-2012

Here’s the card for Daniel, showing he served in 1st Company, 2nd Battalion, 7th Class of Lancaster, Pennsylvania, as a Private. 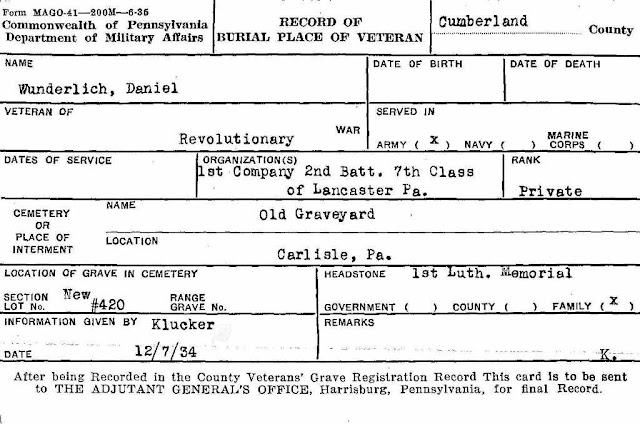 I have not located the Veterans Burial card for Johannes, although I expect that one does exist.

I’m very proud of these two 6th great granduncles.  They came to a new country, as young men, married and began a new life.  Then when their new country (not even a country yet) began the war for independence, they signed up to serve.

Daniel was 61 years old when he died in 1799 and Johannes (the older brother of the two), lived to be 85.  Wouldn’t I love to sit down and talk to these two men?

What would I ask them?