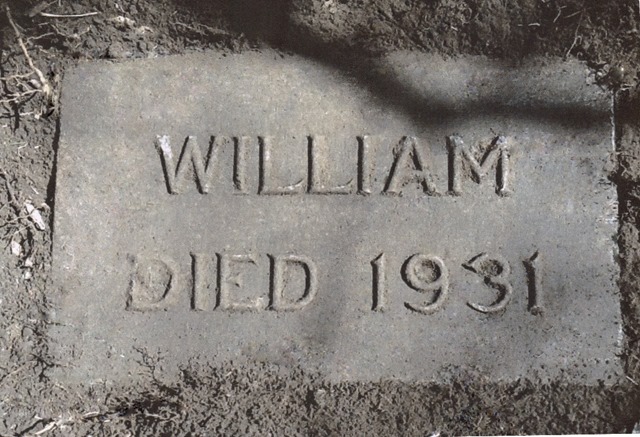 William Wallace Lindsay was born 18 Oct 1859 in Dundee, Forfarshire, Scotland.  He was the son of William Lindsay and Mary Wallace.  He had 3 brothers; Robert, John and Richard and 2 sisters; Mary Ann and Elizabeth “Betsy.”

When I visited Woodmere Cemetery in Detroit, several years ago, this headstone was not visible.  There is a section devoted to the Lindsay family with a lovely surname marker.  But, this stone must have been buried.  Thanks to a cousin who uncovered it, I now have it. 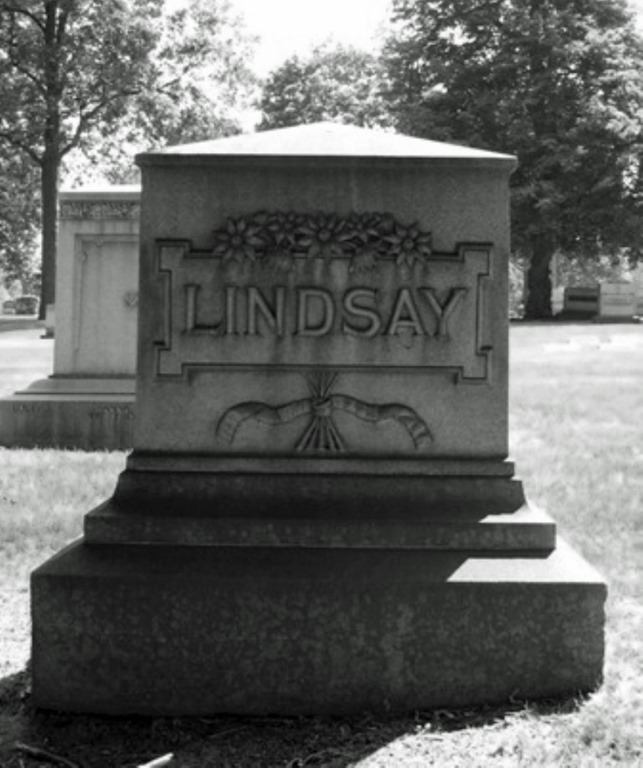 William emigrated to the United States in 1886 on the ship State of Indiana.  Also on that same sailing was his future wife, Elizabeth “Bessie” Fitzcharles.  They married the following month on 21 May 1886 in Detroit, Wayne, Michigan.  They likely met over in Scotland, as they are both enumerated in the 1881 Scottish census, living in Dundee.  I always wonder how couples met.  Did friends introduce them?  Did they meet at a dance or some other function?  Were they neighbors?  Maybe their families knew each other?  Do you ever wonder how your ancestors met?

William and “Bessie” had 4 known children; Ellen W., Marie (my grandmother), Bessie and William “Bill.”  You have to love all the similar names passed down with the generations.  Makes our work so much more interesting, doesn’t it?

Sadly, this couple divorced on 18 May 1912 after 26 years of marriage.  Bessie died of carcinoma of the jaw, just 2 years later.  She is not buried in the same cemetery, but is buried with other family members.

What happens in the life of my great grandfather after the divorce is subject to a lot of speculation.  He is found in the Detroit city directory listings in 1914, 1916, 1918, 1919 and 1920.  He is last seen in the 1930 census in Detroit, in the household of his daughter Bessie and husband Stewart Hockster.  Where was he during the 10 year gap of 1920 to 1930?  There may have been another marriage, but myself and my cousins have never been able to prove it to our satisfaction.  He appears in none of the very numerous family pictures that were passed down to my cousins and myself.

I’ve written a couple of posts about this William Lindsay and also about his son, Wm. “Bill” Lindsay.  Quite the interesting pair.  If you’d like to read more about them please select the links below.