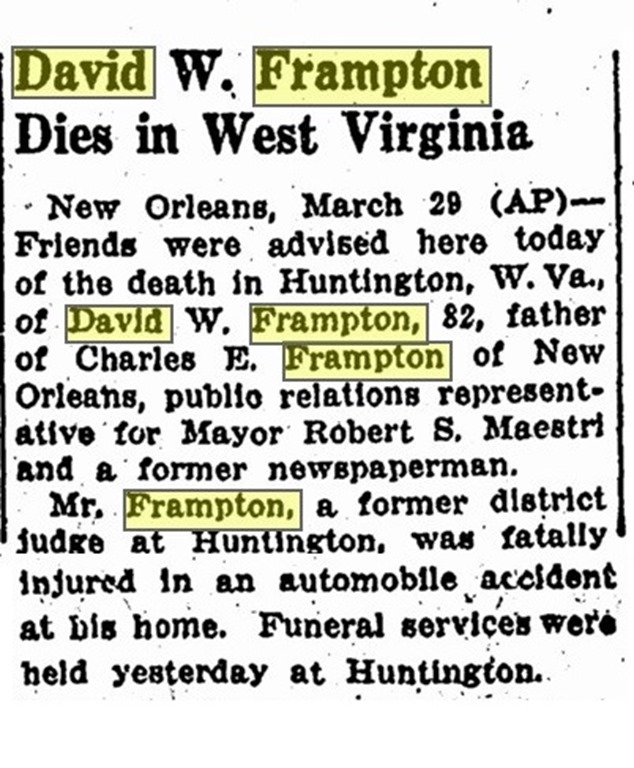 David’s obituary states that he had served as a district judge in Huntington.  Sadly, at the age of 80 yrs. 6 mos. 22 days, it wasn’t illness that took David Frampton, but being hit by a vehicle.  His death certificate states that he suffered a fractured skull, fracture of both legs below the knees, a “mashed & crushed” right hand and that he died on route to the hospital.

At the time of his death David, in spite of his age, was working as a Guard at the Huntington Tent & Awning Co.

Here’s my transcription of the obituary. 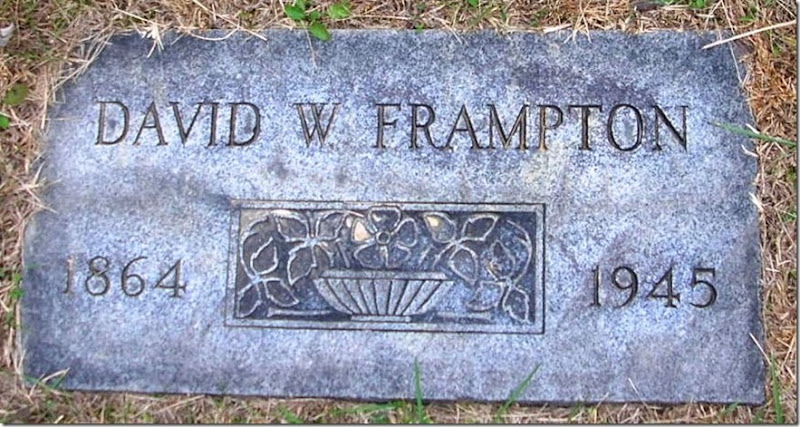 The Frampton family is a direct line for me.  I know there are thousands of Frampton descendants out there.  If you are one of them, I’d love to hear from you.  Let’s exchange information.

OTHER POSTS THAT MAY BE OF INTEREST – More Frampton stories