Edith is my 2nd great grandaunt.

NOTE:  As with so many of the names of our ancestors the spelling can vary.  Sometimes there is an “e” at the end of Thorp and sometimes not.

In my research I had learned that Edith was married to Walter B. Thorp (yes, same last name) sometime in the early 1860’s.  Were the two cousins?  If so, how close was that cousin relationship?

I did not have an exact marriage date, however, I had located two Civil War Pension index cards several years ago. 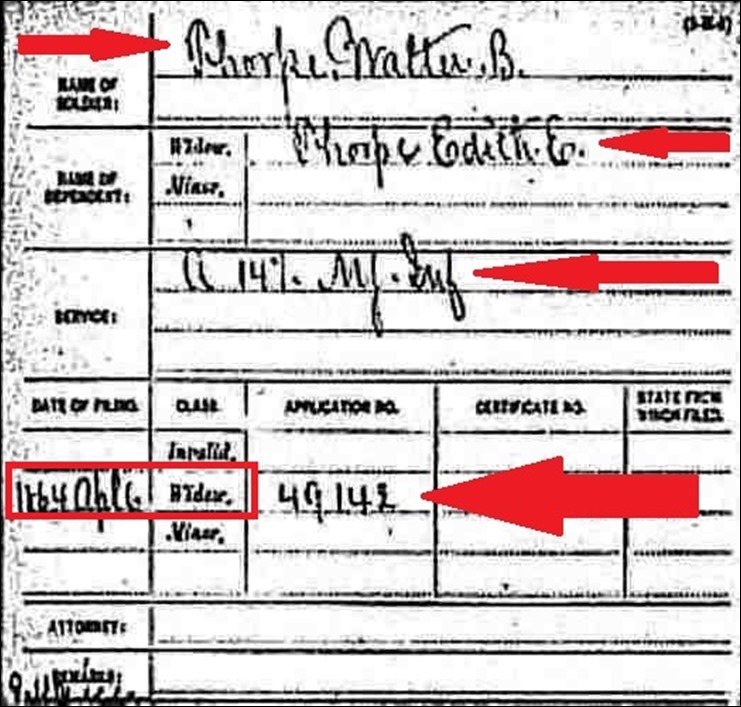 Another index from 7 Feb 1869 was for a minor (probably her child, Marian).  By then she had remarried and her name was E. E. Surdam. 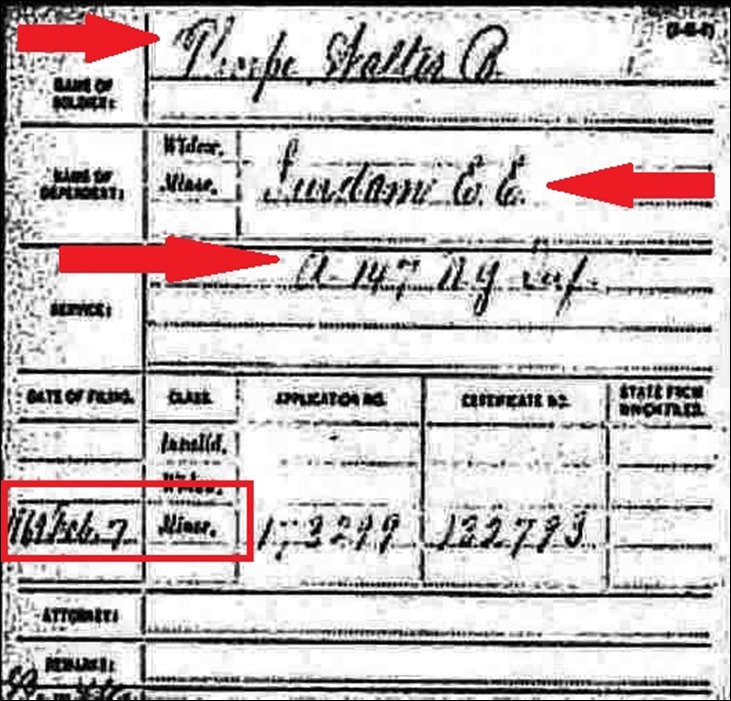 Now that I’ve received this Civil War Pension file I find that on page 5 of 110 pages in the file, there is a Claim for Bounty and Pay for Edith E. Thorpe, aged twenty years and a resident of Oswego, New York.


Here are other important items on this one page:
We see a signature, not a mark, by Edith E. Thorp.

Also noted are the two sworn witnesses, Walter Thorpe and Jane Thorp, residents of Oswego.  Who are Walter & Jane Thorp?  Could this Walter Thorp be the father of our Walter B. who died?  I have Walter B's father as Walter Thorp born about 1800 and died in 1867, so he would have still be living at the time of the deposition.  I don't have a Jane in that family though.

From this one page I have certainly gained a lot of information about Walter B. & Edith Thorp.  They were very young and only married a short time.  Walter is the only known ancestor that I have to die at the Battle of Gettysberg.

I have 104 more pages to read in this Civil War Pension file.  Most of the rest of the file concerns Edith’s second husband, George B. Surdam, who also served in the Civil War.  Can’t wait to find out what else I will learn.

MYSTERY MONDAY - Where Is the Wreck of this Civil War Era Paddle Steamer?