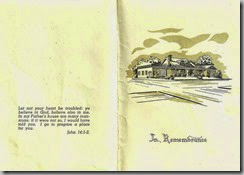 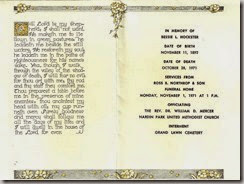 Bessie was a colorful lady.  Certainly the documents we have concerning her marriages and the births of her children give evidence of her not being your traditional grandma.

But, it’s the more colorful members of our families that it’s fun to hear about.


Relationship to me:  Grandaunt – my paternal grandmother, Marie’s sister.
Born: 11 Nov 1892 in Detroit, Wayne, Michigan to William Wallace Lindsay and Elizabeth “Bessie” Fitzcharles.  She had two sisters, Ellen & Marie and one brother, William.
Married first to William Bryant Curry on 11 Sep 1911 in Windsor, Essex, Ontario, Canada.  They divorced 14 Oct 1915.  William Bryant Curry died at Camp Taylor in Kentucky while serving during World War I.  He was a victim of the 1918 influenza.

Yes, the marriage to Stewart Hockster took place before the divorce from William B. Curry.  Also of note, is that Bessie is listed as a "spinster" meaning never been married.  We know that's not exactly true because she was married to William B. Curry in 1911.  Interesting what we find out when we do our research.

Stewart Hockster and Bessie were divorced in 1935.  Bessie never remarried.

Stories from her granddaughters say that she was very social and enjoyed dating and having a good time.

Bessie is buried at Grand Lawn Cemetery in Detroit, Michigan.  When one of her granddaughters went to the cemetery in recent years, she found there was no headstone for Bessie.  Her granddaughter ordered one and it is now placed on the site.  She is buried with her sisters, Marie & Ellen and several other family members. 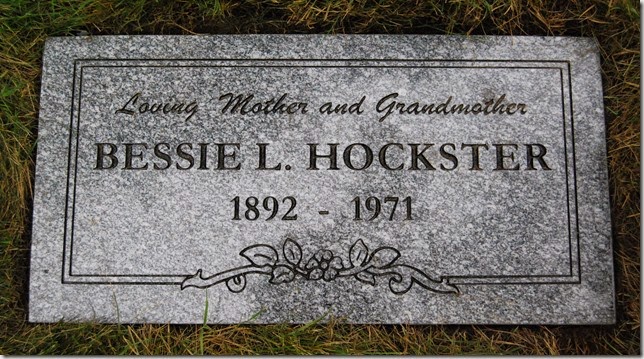 I wish I would have gotten to know my grand aunt Bessie.  I know I met her when I was young, but I don’t remember her.  Fortunately, I have reconnected with her granddaughters and am very close to one of them.  I’m thankful for that.

Tell me about some colorful characters in your family.  Either by leaving a comment or writing about it in your blog.

OTHER POSTS THAT MAY ALSO BE OF INTEREST

LEGACY 8 SEARCH FUNCTION - WHAT CAN YOU FIND? FEATURING RICHARD LINDSAY