Hobart Basil “Hob” STEWART is a 3rd cousin twice removed on my maternal side of the family.  I was surprised to find this article at Genealogy Bank when I was researching his family.  Hobart was the son of Dr. Charles E. Stewart and Ida Lunsford.  He was born on 18 Sep 1896 in Lawrence Co., Ohio.  I have located many articles about his murder, but so far have not located an obituary.

In 1920 we find Hobart & Marcella living with their two young sons in Mingo Junction, Jefferson, Ohio.  He is working as an Engineer in, I believe, a steel factory.  The entry for the type of industry is a bit difficult to read. 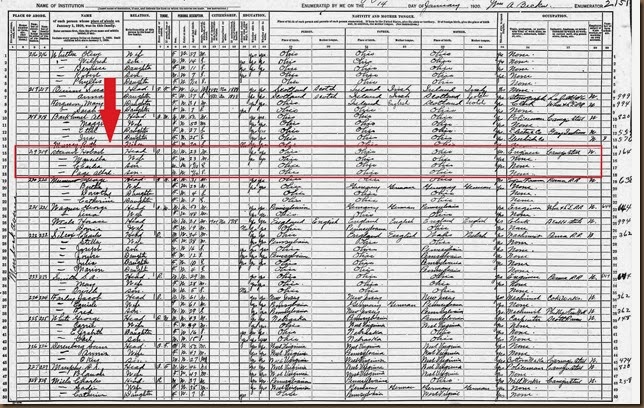 In 1926 their daughter, Phyllis Jane was born.

The family moved from Mingo Junction to Hocking, Ohio sometime between 1920 & 1930.  The 1930 census is enumerated on 6 Apr 1930  and you see that Hobart has taken a job as a Stationary Engineer at the power plant in a Boy’s Industrial School. 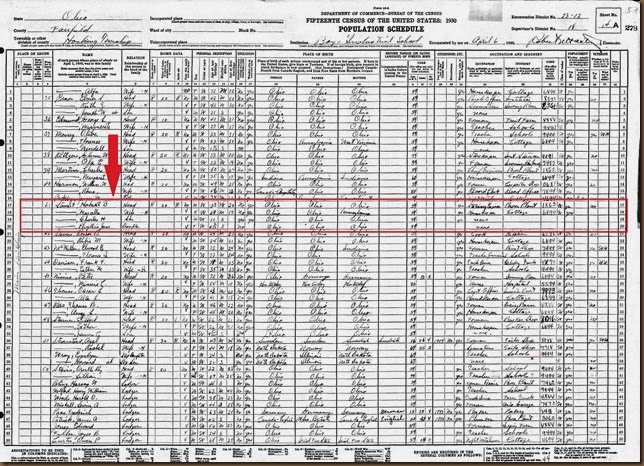 A SAD DAY FOR HOBART & HIS CHILDREN
On 7 Aug 1930, just 4 months after the 1930 census was taken, Marcella Wood Stewart, Hobart’s wife, died at Deaconess Hospital of a post operative embolism after a laparotomy.   Now Hobart has his son Charles, age 12 & daughter, Phyllis, age 4 to raise by himself.  What trials he and his children went through during those times we may never know.

But, it’s about to get much worse.


On 17 Dec 1936 Hobart is killed, at work, during an escape attempt by two youth’s at the Boy’s Industrial School. 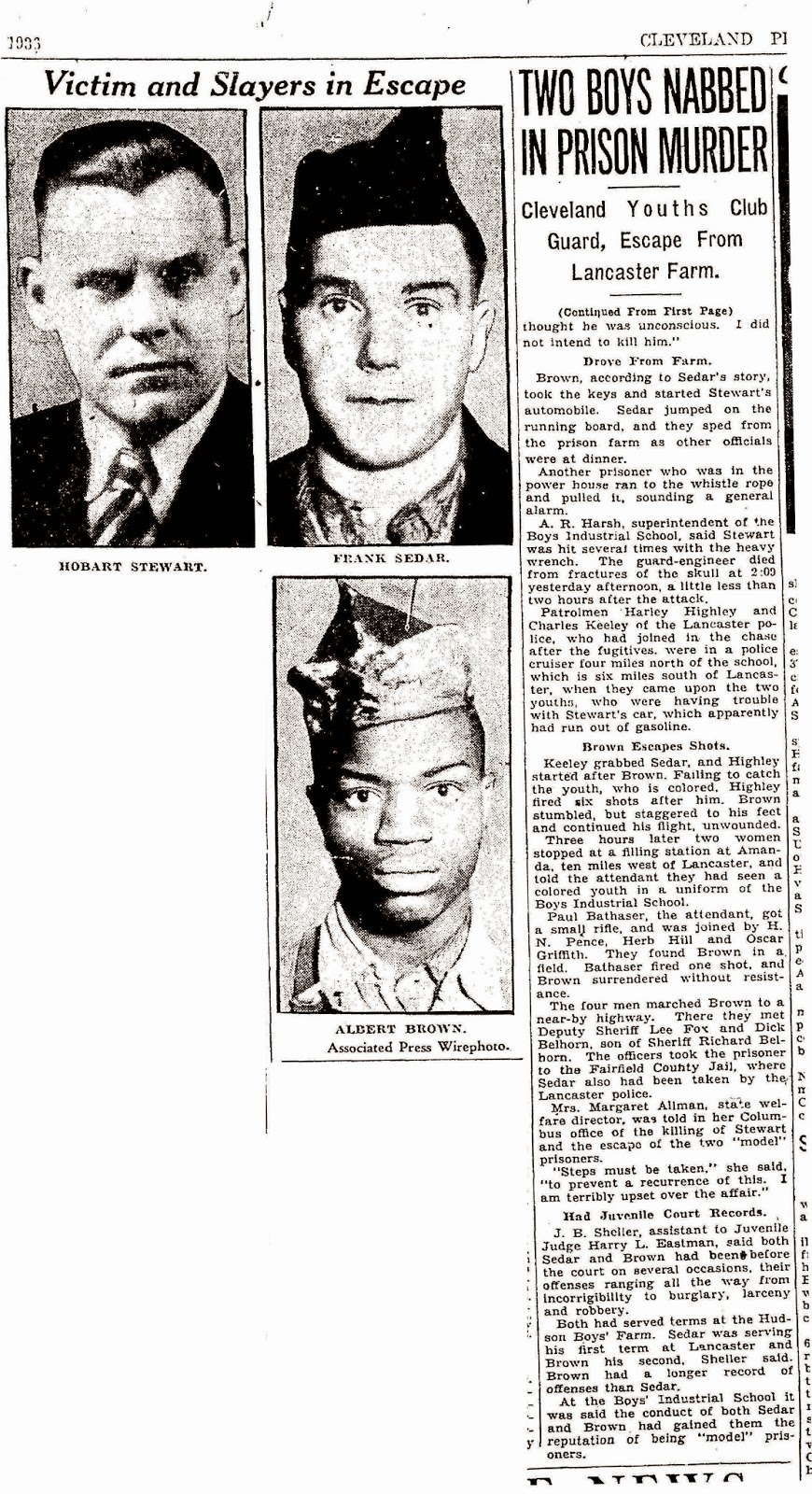 This was a very horrible and sad thing for the Stewart family.  They lost a young son, then the mother dies and now their father is murdered.  Stories like this break my heart.

The two youth’s who committed this crime were caught, tried and convicted. 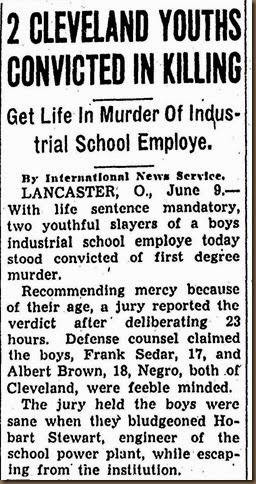 In the 1940 census we find Charles, now 21 and his sister, Phyllis, now 14 yrs. old, living with their Grandmother Ida Lunsford Stewart.  Also in the house is their Uncle Mark & his wife, Myrtle.

I haven’t taken this story any further, yet.  I need to find out what became of Charles & his sister Phyllis.  Did they marry and have children of their own?  I hope whatever they did that they were happy.  They certainly experienced a lot of tragedy when they were young.

NOTE:  Normally I wouldn’t spend this much time researching a 3rd cousin, twice removed and his wife and children.  They aren’t closely related to me and certainly aren’t blood relations.  However, sometimes you run across stories that peak your interest and you just have to follow them.  Of course, any time we research one part of the family, we never know what we will run across that will help with another part of the family.  As genealogists it isn’t always about  how close to us the person is, but about their story.

Our ancestors were no different than we are today.  They lived and loved.  They made mistakes, they worked hard, and, they experienced the joys and sadness life brings.

If anyone reading this is related to this Stewart family, I would really enjoy hearing from you.

I apologize for the fact that the articles are blurry when you enlarge them.  I have tried and tried to fix that issue and don't seem to be able to.