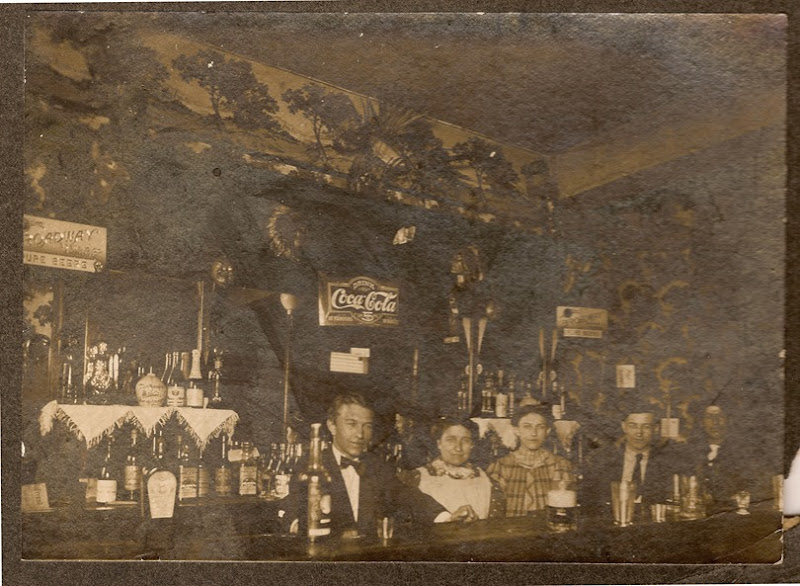 I’ve always loved this photo that was found among my mother-in-law, Dorothy’s many pictures.  According to a piece of paper attached to the back of the photo this is Dorothy Fink’s Uncle, mother and grandmother and two unidentified men.

Here is the actual note from the back of the photo.  I believe (cousin Tammy, correct me if I’m wrong), this is Dorothy’s writing.  I don’t think the writing belongs to Dorothy’s sister, Delphine. 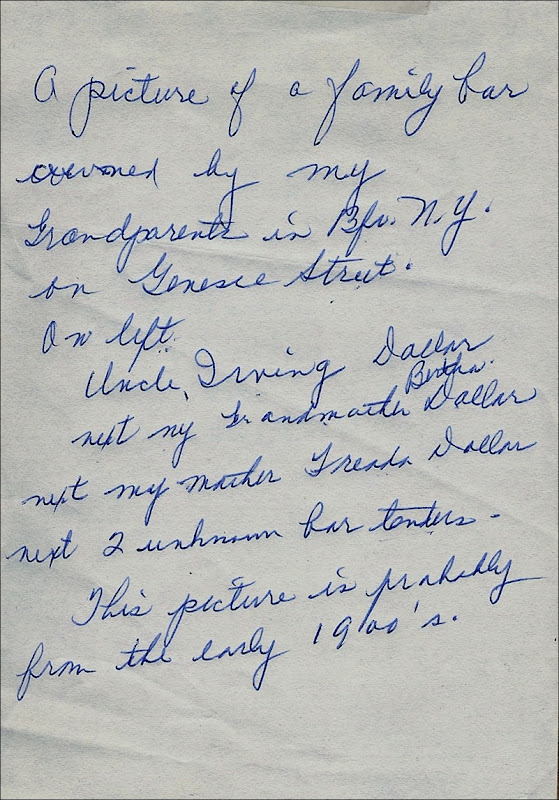 Bertha A. Keller, born 28 Jun 1865 in Berlin, Germany, died 6 Oct 1950 in Buffalo, Erie, New York.  Married John Doller about 1884 in Germany.  It’s believed the couple had four children born in Germany, but only Irven survived. Their daughter, Freada was born in Buffalo.

The note says that this photo was taken in a bar on Genesee St., owned by “my grandparents.”  That would mean the bar was owned by John Doller and his wife, Bertha.  I’ve checked city directories to try and locate this bar and have not yet had any luck.  The directories I do find coincide with other records I have for John Doller, listing his occupation as Mason, or Stonemason. 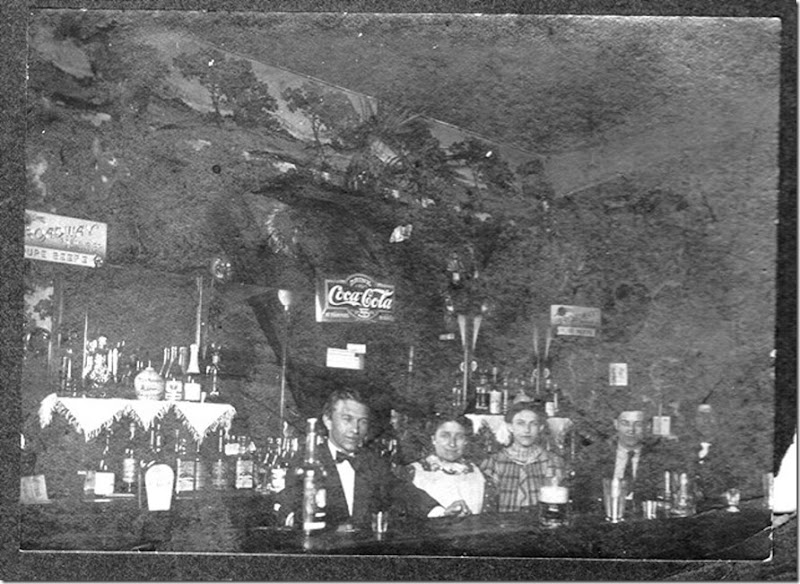 If you can provide any additional information about this photo, the bar on Genesee or the identification of the two unknown men, please contact me.

I’ve written other posts about the Doller family and you may access them with these links:

Analyzing Evidence - John Doller & Bertha Keller - Who Were They?