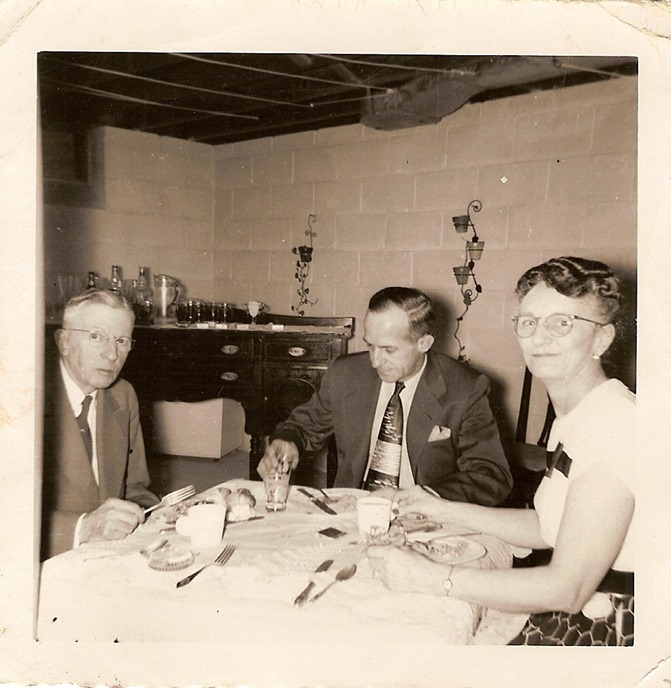 This is a picture of my grandparents and their son (my Uncle Bob).  The photo was taken in the basement of their home in Detroit, Michigan.

I haven’t enhanced or made changes to the photo, because sometimes I like to see them in their original condition.  A little yellowed and a bit frayed at the corners.

I don’t have any information about what the occasion for this dinner was.  I do know that I’ve seen other pictures of parties (such as their 50th anniversary in 1956) that were thrown in their basement.

Everyone is dressed up.  Of course, back then it was quite common for all the men to wear ties and the women to wear nice dresses and pearls even if they were just having someone over for a casual dinner.  It’s how it was back then.  We certainly don’t dress that way now.  I kind of wish we still did.

I’m not sure of the exact address my grandparents were living at this time.  I have their address in 1940, from the census, but I believe they moved to another home after that.

GOOD FIND - While I was writing this post and reviewing family photos I’ve scanned, I located another picture that would appear to be taken at the same time. My grandmother is wearing the same dress and her hair looks like it’s done the same way as the picture above.  My grandfather’s tie is tilted the same way as the photo above and he’s wearing a suit.

It looks like my grandmother is opening a card in this second photo.  Was it her birthday or perhaps their anniversary? 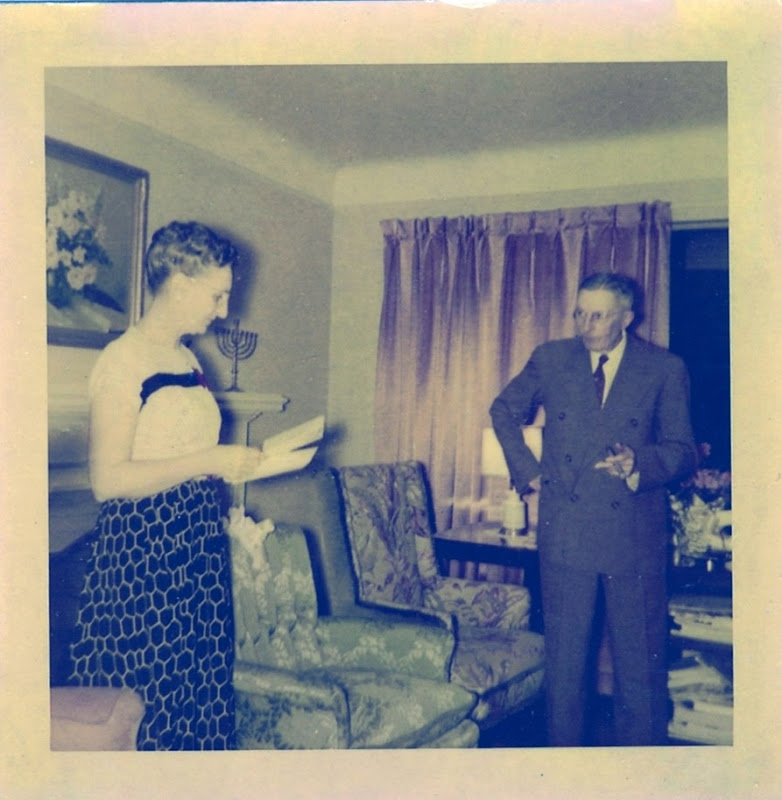 Here’s a question.  Why is there a Jewish Menorah on the mantle?  How interesting.  According to family lore and DNA, we don’t have any Jewish ancestry.  Mmmmm…could this be someone else’s home they were having dinner at?  Something to look further into.  Intriguing.

I’d welcome input from family members or others who may recognize this home.

To see other Sepia Saturday posts from my blog please click here.