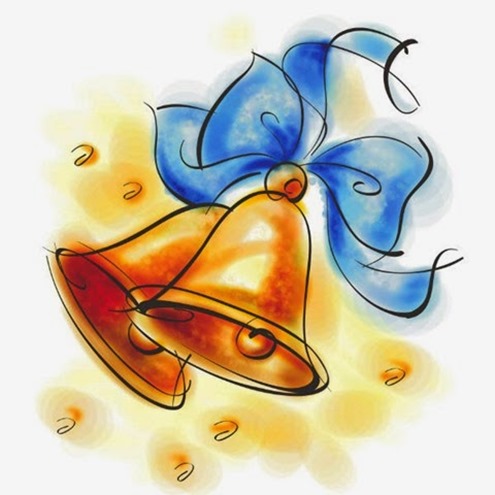 Susan Hunter is my 2nd great grandaunt.  She is the daughter of Rev. Isaac C. Hunter and Emily Gillen.  Susan was born 8 Nov 1829 in Ohio.1   She was the first child of 5 (known) children born to the couple.

On 16 Apr 1846 she married James W. Trail in Franklin County, Ohio.  Franklin County is located just about in the middle of the state of Ohio.  Most of my ancestors on this side of the family are from Lawrence County, which is southeast Franklin County, just on the border of West Virginia.  When I looked at the map of Ohio, I found that Susan was living with her parents and three siblings in Pickaway County, Ohio in the 1840 census.  Pickaway is just neighboring county to Franklin.  Susan’s father, Isaac, was an itinerant preacher so the family may have had to move around.  I wonder how Susan met her future husband, James Trail?

Here is a close up of the record of their marriage record.2

James was 25 at the time of the marriage, but Susan was only 16.  As I researched further, I found that Susan had to obtain permission from her mother in order to get married.  I was able to locate on Ancestry.com, the record of permission which is signed by her mother, Emily.3  I was redirected to FamilySearch.org to view the image. 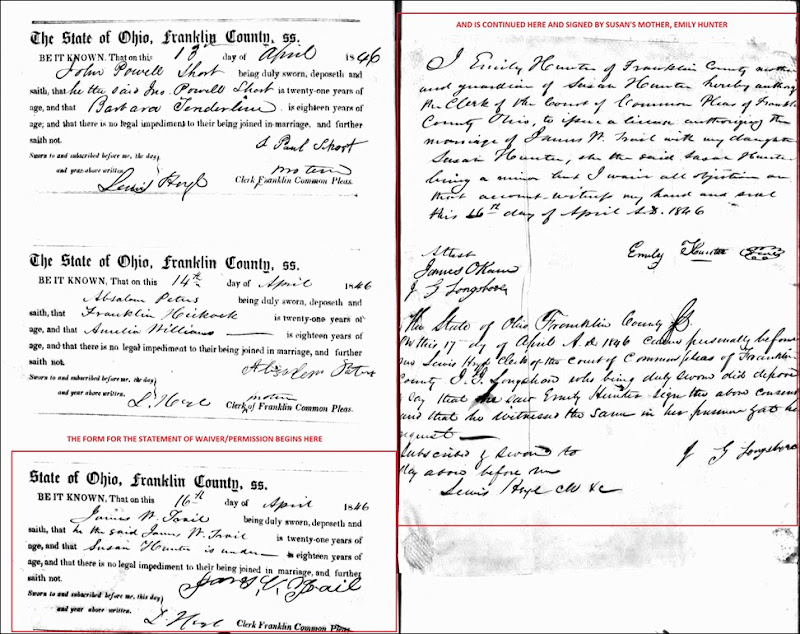 I wonder if the reason Emily granted permission to Susan had anything to do with Emily having been widowed 4 years earlier.  She had 5 children in the house at the time ranging in age from a few months to 16 years.  It certainly couldn’t have been easy for her.  What did she do for income?  Emily then remarried a few months after Susan’s marriage to James Trail and went on to have two more children.

In the 1850 census, four years after their marriage we find James & Susan living in Fayette, Lawrence, Ohio.  They have one infant daughter, Emily A. and Susan’s brother, Isaac is living with them.  James is working as a Millwright.4

Susan & James had two more daughters, Ida & Lavina and one son, Isaac.  (The name Isaac obviously run in this family as Susan’s father, her brother and now her son all bear the name)

I wonder if there were more children born to Susan and James?  The fact that the first child we have for them is Emily, born 3 years after the marriage makes me wonder if other children may have died prior to her birth.  The rest of the children were all born in the “usual” time frame of about two years between each child.

This story has a sad ending.  Susan Hunter Trail, wife of James W. Trail died on June 16, 1856 (according to her headstone).  She was only 26 years old.  I find no record of her after that date.  I have never located her death record and I don’t know what she died from.  She is mentioned in the Ironton Register obituary on 19 Jun 1856, page 3.  I have never seen a copy of that article. These obituaries were referenced on the Lawrence Register website, which is how I learned about them.  However, at the current time they are no longer on the website.

James went on to marry after Susan’s death.  I have not located the marriage record, if there is one, but he appears in the 1860, 1870 and 1880 census records with a woman named Sarah and a young son, named William D. Trail.

I believe that James Trail died in Apr 1886 as there is an obituary reference in the Ironton Register on 22 Apr 1886.  This newspaper is not online.  Oh how I wish it was because of the many ancestors from the area.

I was able, in 2012, to visit the cemetery in Burlington, Lawrence Co., Ohio where Susan Hunter Trail is buried.

Here I am next to her headstone. 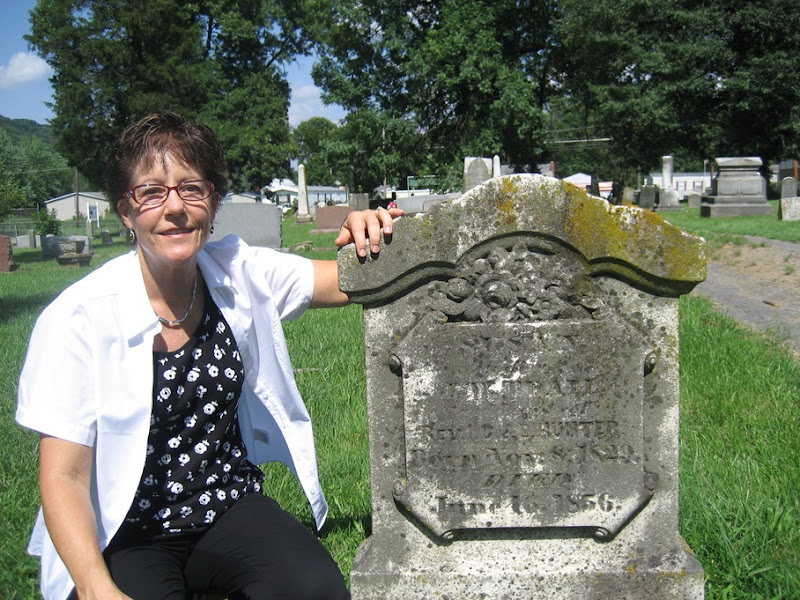 Don’t we wish all headstones had reference to the parents of our ancestor?

If you have any additional information on this couple or you are descended from them, I’d love to hear from you.