I have learned to be patient when I submit record requests.  However, after about a week to ten days, I start looking through our mail with greater anticipation.  Let’s just call it “hope.”  Having no idea when the records will appear or even if they will, makes the anticipation all the more fun.

Imagine my excitement when I got the mail on June 20th and saw that envelope I had addressed to myself.  Could this be a response, so soon?  I only mailed my requests on June 10th.  You can nearly always tell by the feel of the envelope whether you have a record copy or a piece of paper/letterhead with the disappointing “sorry no record located.”  Most copies of vital records are printed on a different, heavier type of stock than letter paper.

In this case when I felt the envelope I was hopeful because it was pretty thick.
When I opened it, I did in fact receive ALL FOUR records I had requested.  Two birth records and two death records.


Time for the genealogy happy dance! 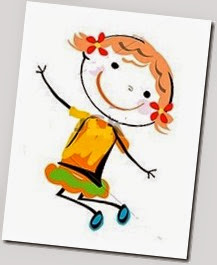 Let’s look a the birth records first.  These are for my husband’s grandparents, Henry August Fink and Freada Emma Meta Doller.

NOTE: If at all possible it is always a good idea to get every vital record available for a person’s life.  Every piece of evidence we gather and cite makes our identification of this person and their link to the family more concrete. 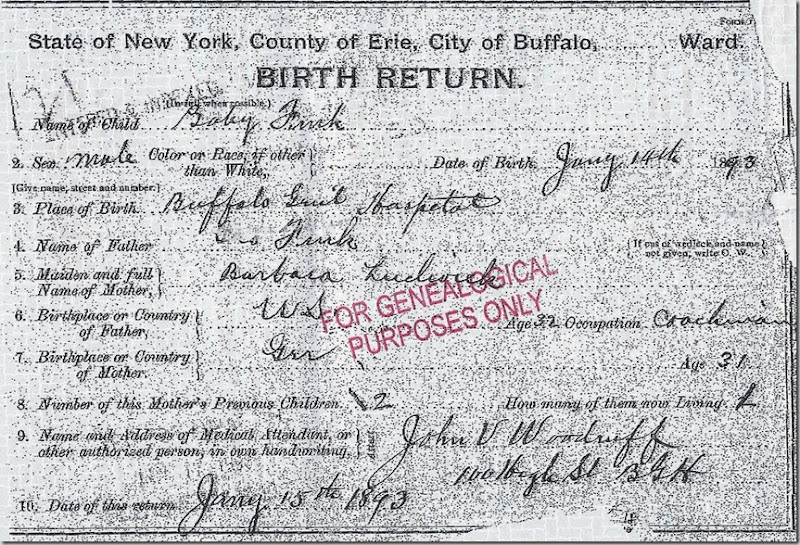 This confirms some information I already had, such as his parent’s names and his date & the city of birth.  That information came from his descendants and from other sources such as marriage, death and census records.  What this does give me is further verification for what I already know, plus some new information such as:
Since Henry Fink and his wife Freada had four children and all of those children were confirmed, I suspect that perhaps Henry was too.

Would the confirmation record give evidence of his name?
How do I find out when he was named?
Good questions. 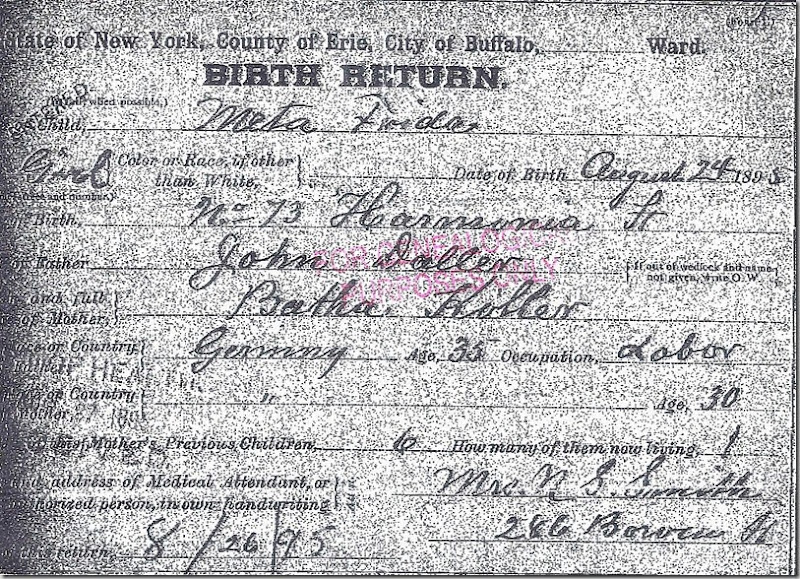 These birth records are two years apart.  The forms appear to be the same.  Although I cannot read some of the information pre-printed on the second record for Meta Frida Doller, I am using the first record as a template.

Like the first record, this one verifies information that I already have such as date of birth and parent’s names.  Here though, the name of the child is slightly different from the name she went by in all the other records I have for her.
Certainly Meta Frida  is not a common name.  Her marriage record, obituary and cemetery headstone all give her name as Freada M. Fink or Freada M. Doller.  The first time I see evidence of the name Freda E. is the 1925 New York state census.  In reviewing the other documents I have for her, I see no other reference to the name Freada Emma.
I am married to her grandson and friends with another of her grandchildren.  Both of them have always told me she was called Freada Emma Meta Fink aka Doller.  This now makes me question the validity of that second name of Emma.

Where did that name originate?
Did she ever use it in any legal capacity or on any records?
Good questions.

Another note about Freda’s birth record.   Her parents John Doller & Bertha Keller are believed to have been married in Germany about 1884.  They came to the United States about 1885 or 1886 (I still need to get further evidence for their immigration).  Freda’s older brother, Irven Doller was born in Germany.  Note that on the birth record it states that there were 6 children previously born to the mother, Bertha, and only 1 of them was still living.  Family lore tells that one child died on the ship on the way to the United States.
Will I ever find proof of birth for the other children?

All of the information on these birth records has been sourced and cited into my Legacy database.  As well as adding an image of the document to the record for both Henry Fink and Meta Frida Doller.

More questions have been raised by looking at these documents.  But, we have also added further evidence to facts we already knew.
I was going to write about the two death records I received along with these birth returns, but I’m going to save that for another day.

Please share the experiences you’ve had, both good or bad, when you've sent for records.

Copyright ©  2014   Diane Gould Hall
ALL RIGHTS RESERVED.  NO USE WITHOUT PERMISSION