Robert L. Bowden is my great grandfather on my mother’s side.  I wrote about locating his death certificate (after having looked for over 10 years) on Saturday, June 14, 2014 in this post EVALUATING A RECORD – IN HONOR OF FATHER’S DAY (click on the link to read the post).

At the end of that post I wrote about what I would do next.  One of the things on my list was to find out if there was a Coroner’s Report for his death.

The following items led me to conclude that there may have been an autopsy or investigation into his death:
I sent an email and received a reply back from the Allegheny County Coroner Case Files office that they did have a file and I could submit my request.  I downloaded the form and did just that.

Here is the request I submitted. I enclosed a check for $12, and kept a copy of the request and my check in my Evernote Notebook for the Bowden surname. 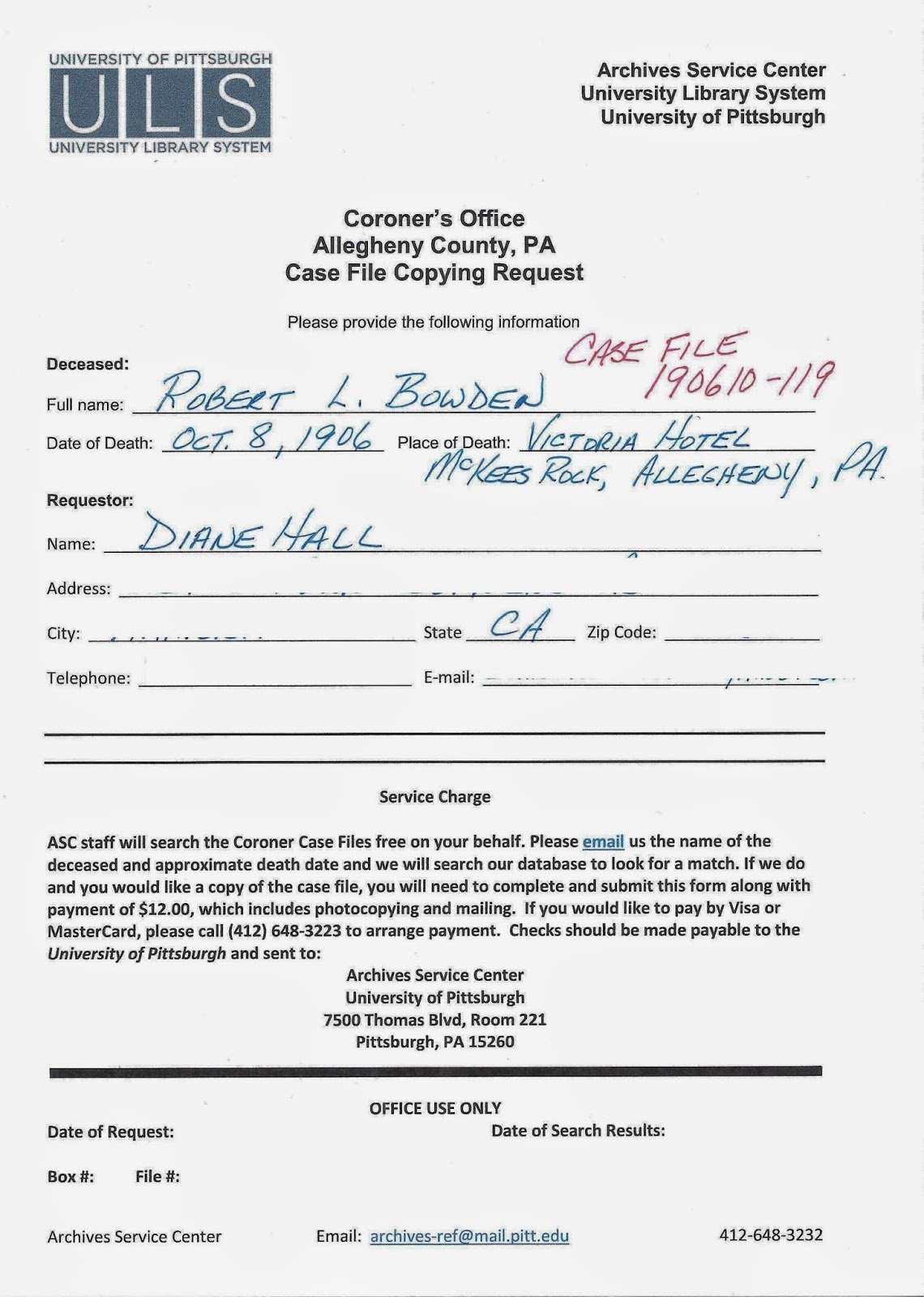 
Here is a copy of the six page report.  I have indicated the items on each page that I took notice of. 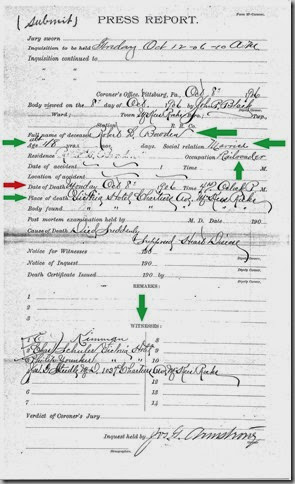 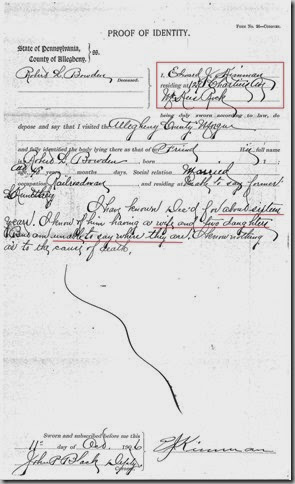 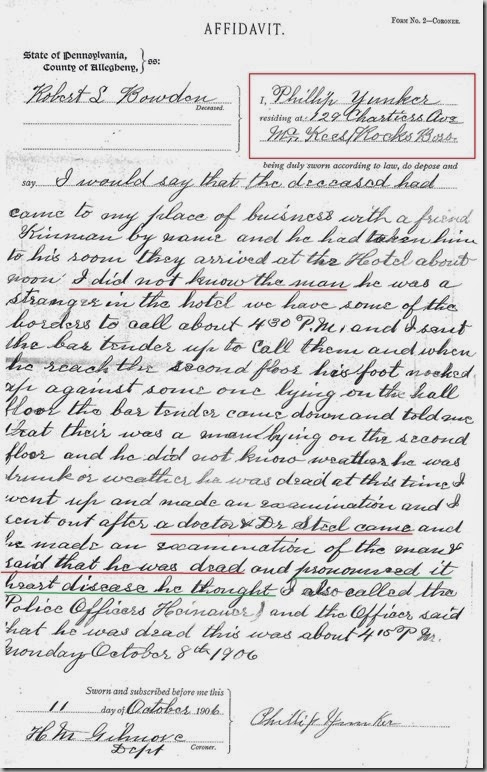 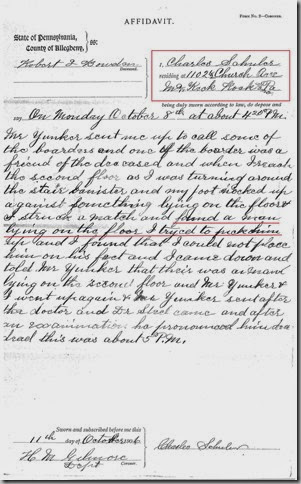 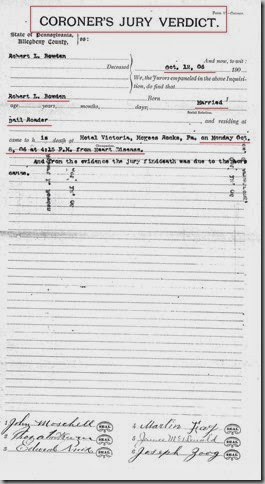 WHAT DID I LEARN FROM THIS REPORT?
WHAT QUESTIONS DO I STILL HAVE?
This was the first time I have ever sent for a coroner’s report on any of my ancestors.  I find it interesting and informative.  However, I obviously still have questions.  Will I ever learn the answers to those questions?  I don’t know.

I do know that I have learned more about the circumstances of my great grandfather’s death and I’m extremely happy to have this information.

I don’t consider this case closed just yet.  I will still be trying to answer some of the outstanding questions about his life.

I’d love to hear if you have ever reviewed a Coroner’s Case for any of your ancestor’s?  And, if so, what year it was and how was the report presented?  Did it contain more information than this report?