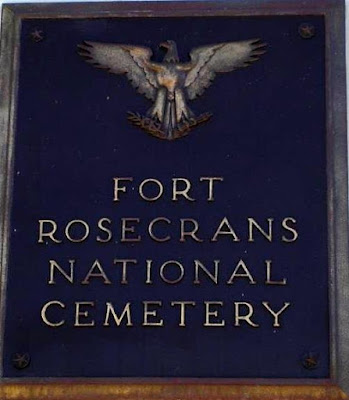 San Diego is a Navy town.  Many military men and women have been stationed here throughout the 20th century and continue to be so today.  Navy ships come and go from our harbor on a regular basis.  We are the home of Miramar Naval Air Base.  Not far up the coast (between here and Los Angeles) we have Camp Pendleton, the Marine base.  Not to mention Coast Guard stations in the area.  Seeing men & women in uniform or military vehicles on our roads is not an unusual sight.

I am honored to live in a city with so much military presence.

One of the places here in San Diego, that honors our military veterans, is Ft. Rosecrans National Cemetery.  The location of this cemetery is breathtaking.  A panoramic view of downtown San Diego and the coast line.  The serenity and the awe I have when we visit, are amazing. 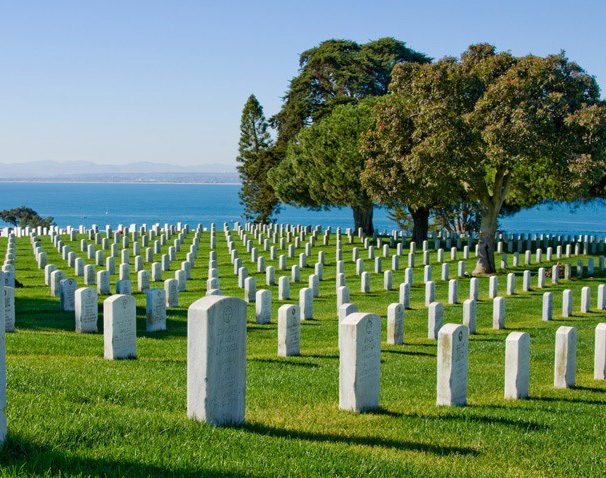 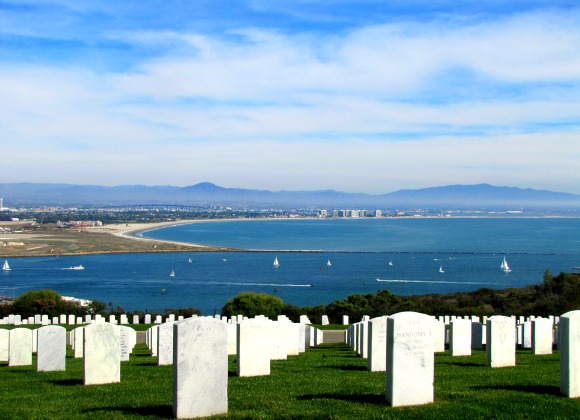 Why the need for National Cemeteries?  Three words….The Civil War.  Read all about how they began in my post THE CIVIL WAR–HOW OUR COUNTRY DEALT WITH THE AFTERMATH

You can visit the FindAGrave page for Ft. Rosecrans here.


Ron’s Aunt Honey & Uncle Bud (headstone shown above) have two great grandsons, Jimmy and Sam, who are in the cub/boy scouts.  Each year they go to Ft. Rosecrans with their respective troops and place flags or wreaths on the headstones of those interred there.  Not just family members, but anyone who is buried there. It’s a beautiful site to see all those headstones decorated.

There was an article online about the wreaths being placed at Ft. Rosecrans and little Sam’s photo was featured.  Here is a link to that article Wreaths and Respect for Warriors 14 Dec 2010

Here are the boys doing their duty.  Sam isn’t in uniform as I think at the time he was helping his older brother, Jimmy. 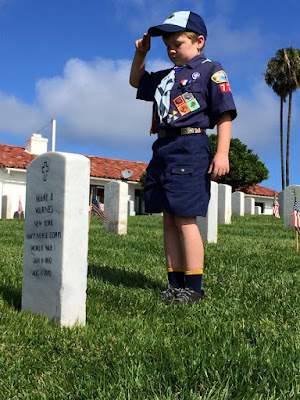 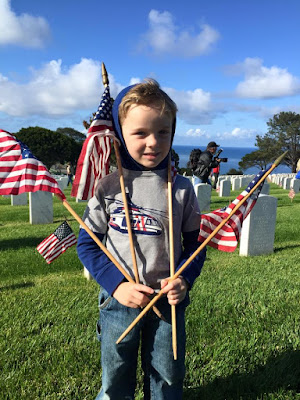 Do you have family members who are buried at any of our National Cemeteries.  If so, I’d love to read about them in comments or in your own blog post.