Now, where were we?  Oh yes, Robert had just married Alice Evelyn Bullock on 15 Jul 1929 in San Diego, California.  They were married at St. Vincent’s church by Rev. Thomas Morris.  Please read Part 1 of this story here.

The next time I find information about Robert W. Hall is in a San Diego newspaper.

What the heck is that about?

Turns out there was a pretty bad fire in Alpine, here in San Diego County, in October 1929.  The fire seemed to have gotten worse and worse as the days went by.  They had it under control and then lost it again.  There are so many articles about this incident on Genealogy Bank, that I don’t have time to read them all.  The one that caught my eye was this one.  During this time they were conscripting (forcing) citizens to fight the fire. It seems as if there were not enough fire fighters.

“Robert Hall who for more than two years has been employed at Price garage, Second & E. streets, declares that Deputy Sheriff Blake Mason and another officer had handcuffed him at the height of the Alpine blaze, dragged him into a car and released him only when his employer telephoned to Sheriff Cooper.”

Here are more headlines from this time in San Diego history 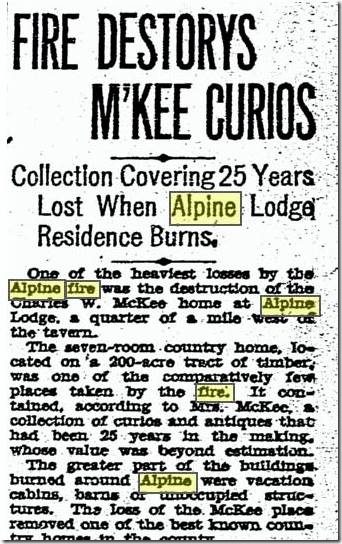 Robert remained in San Diego for the rest of his life.  I next find him working as a Salesman in the oil industry in the 1930 census. His wife, Alice is working as a Directory Clerk for the telephone company.

In 1934 and 1938 Robert is shown in the San Diego City Directory Listing.  On both occasions his wife, Alive Evelyn is also named with him.

However, by the time of the 1940 census, Robert is living in the home of his parents, Charles & Daisy, along with his younger brother, Gordon.

He’s working at an Auto Park and the enumerator lists him as divorced.

The next time I locate Robert is in the San Diego city directory listing in 1943.  He’s now living at 4038 4th with his second wife Cornelia K. Hall and his occupation is United States Army.  That area on Fourth Ave. is all commercial today.


As far as a divorce for Robert & his first wife, Alice Evelyn, I have not found one.  Although that event must have occurred between 1938 and 1943, based on the records I have located.

My husband’s mother kept a record of family births and anniversaries.  In that book is the marriage date for Cornelia K. and Robert W.  She lists only June 24th, with no year.  That’s another record I have yet to locate.

I was able to find a high school yearbook for Grossmont High School here in San Diego County, for the year 1932.  Cornelia’s senior photo is in that annual. 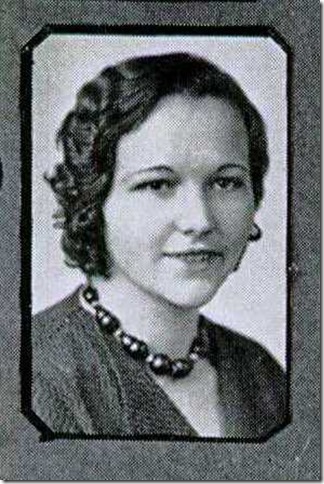 Robert’s second wife, Cornelia, went by her middle name Kay. My husband and his cousins all remember her as Aunt Kay.  My husband said she always drove a Cadillac and that she smoked.  Funny what people remember.  There were no children born to Robert & Kay.

I located a U.S. Veteran gravesite index for Robert and found out a bit about his military service during World War II.


Robert and Cornelia are both buried at Ft. Rosecrans National Cemetery in San Diego, California.  You may visit their memorial his #3404241.

I did not find any obituaries for either Robert or Cornelia.  Genealogy Bank has the San Diego papers, but I’ve turned up nothing.

Questions still unanswered:
There is still work to do on this family and I will continue my efforts.  However, while writing this post today, I did locate Robert’s birth certificate on Ancestry.  YEAH!

If you have anything to add or corrections to anything I’ve written, please contact me.

Additionally, if you are related to this family, I’d love to hear from you.

OTHER POSTS THAT MAY BE OF INTEREST
SURNAME SATURDAY - Who was Daisy Bright?