It is one of their great grandchildren that is the focus of my post today.

Corp. Gillen is my 2nd cousin 3 times removed.  Glenn’s parents are Elijah C. Gillen and Bessie Etta Cowen.  Glenn was the 2nd son born to this family.  He had 3 sisters and 5 brothers, two of which were twins.  All but the youngest girl would have had vivid memories of him.
A recent hint on Ancestry.com brought up a record group I had never heard of before. It’s called U.S. World War I Mothers’ Pilgrimage, 1929.   In it is a list of mothers and widows who desired to travel to Europe to see the final resting place of their sons who were killed in action during World War I.

Here is the index:

The image lists the Name and Addresses of the family member, their relationship to the deceased soldier and information about that solider. 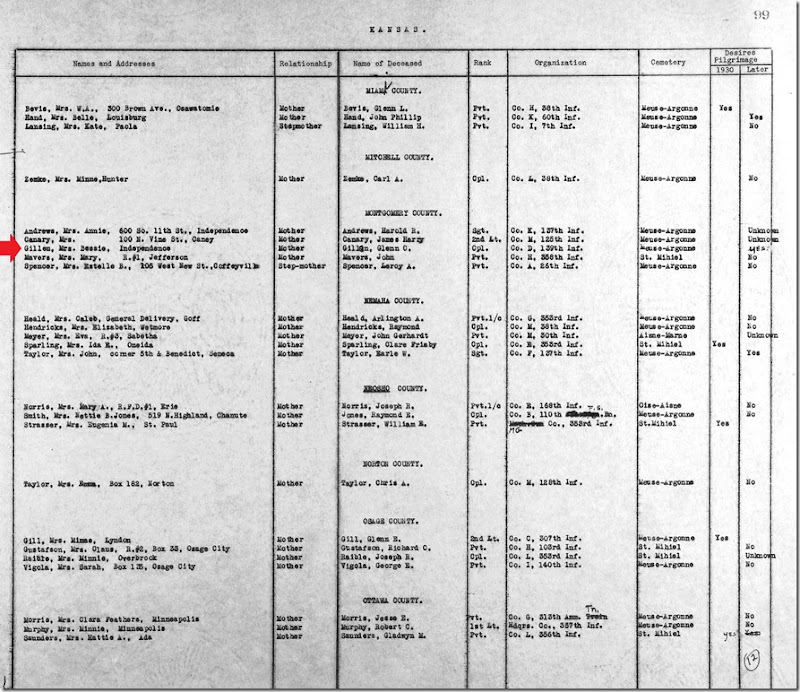 Transcription of this entry:
Mrs. Bessie Gillen of Independence, Montgomery, Kansas is the mother of deceased soldier Cpl. Glenn C. Gillen, of Co. D, 139th Inf.  He is buried in the Meuse-Argonne Cemetery and she desires to make a pilgrimage to his burial location at a later date.

I wanted to learn more about this young man, who died at age 22 yrs. serving his country.  I was able to find the following records:

During this tough time in our country, I wonder what this young man thought as he registered for the draft.

His parents visited him before he left for duty in September 1917.


And there was a family picnic too. 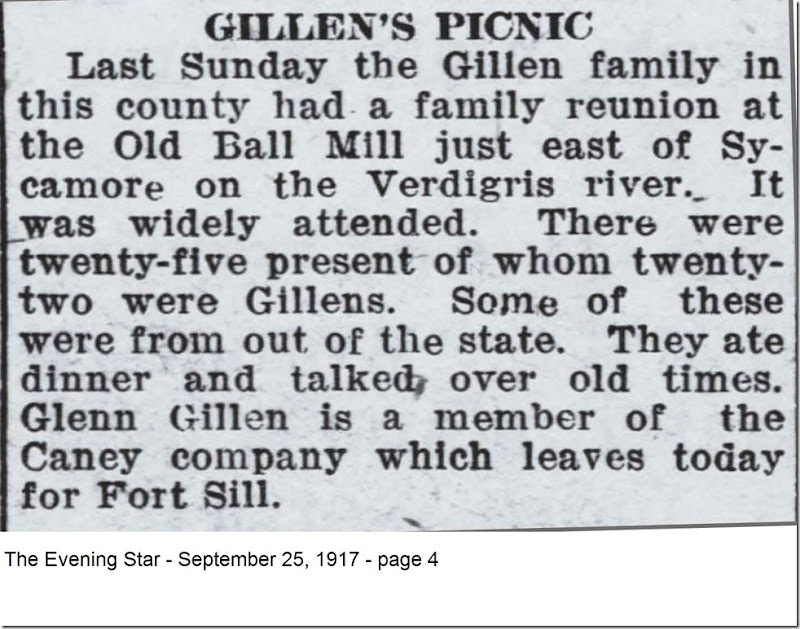 I think about this family, like millions of others, who said goodbye to their sons and never saw them again.

From the Independence Daily Reporter, 21 Oct 1918, pg 3.
This article is titled OME BOY HIT BY MACHINE GUN BULLET and is a letter from Sgt. Ben Taylor to his mother Mrs. Myrtle M. Taylor.  In it he mentions his experience and then says the following:

“I don’t know how true it is but I heard that night that Sergt. Frank D. Coate and Corp. C. Gillen were killed in action….”

Two more articles located on newspapers.com mention Corp. Gillen as missing in action and another names him for an honor roll.  I notice that Glenn’s brother, E. Ross Gillen is also mentioned for this honor roll.


Glenn’s mother, Bessie, was finally able to make that journey to France to see her son’s grave.  She was 61 yrs. old and appears to have traveled alone.  We can only imagine how she felt as she walked up to his headstone, so far from home. 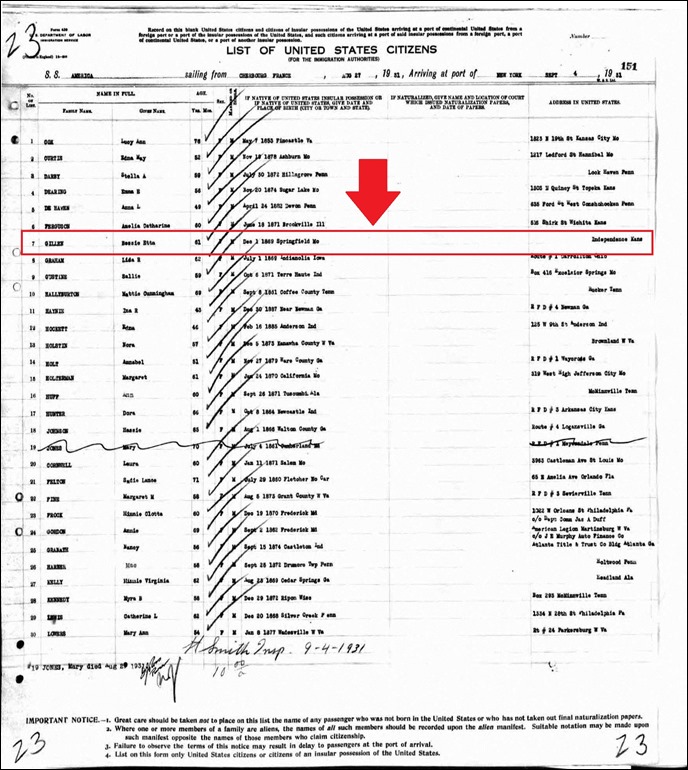 You can find his memorial on findagrave.com by clicking here.
He is buried in the Meuse-Argonne American Cemetery & Memorial in Romagne, Lorraine, France.

Here is a photo of his headstone.  Used with permission. 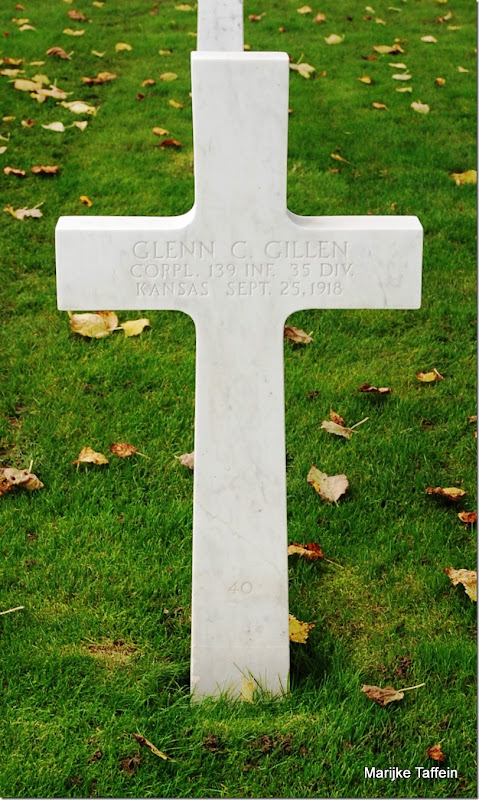 I’m glad to have met Glenn C. Gillen all these years later, and learned a little about him and his family.  He never married and had no children that I am aware of.  But, his memory lives on.