TOMBSTONE TUESDAY ~ How many great grandparents headstones do I have photos for?


We all have eight biological great grandparents.  I was wondering today, do I have headstone photos for all of them?  Do I even know where all of them are buried?

I went to my Legacy program and got an answer to my question pretty quickly.

It sure doesn’t look good on that maternal side, does it?  What are the reasons for not having headstone pictures for those ancestors?  I already know the answers to that question.

Bowden, Robert Lee – buried at Highwood Cemetery, Pittsburgh, Allegheny, Pennsylvania – According to a findagrave volunteer there is no marker in the area where he is supposed to be buried.  I need to follow up with the cemetery office and find out for sure.

Bowden Bell, Florence nee Hunter – ex-wife of Robert Lee Bowden (they divorced in 1899).  She is buried at Mt. Moriah Cemetery, Kansas City, Jackson, Missouri.  There is no headstone for her.  She is buried next to her daughter Edna.  A findagrave volunteer sent me the following photograph of her burial place. 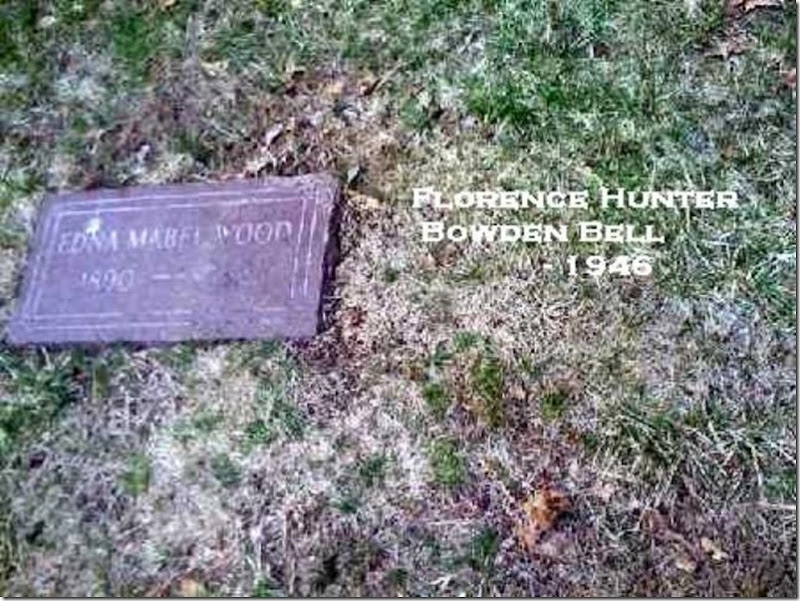 I had originally put “yes” next to his name in the the list above, for my paternal line.  Imagine my surprise when I started to post the pictures and found I didn’t have one for him.  I’ve been to Woodmere Cemetery in Detroit, twice in the past 6 years.  I’ve seen all the Lindsay headstones.  Surely I had a picture of my great grandfather’s marker.

Guess what?  I don’t have a picture.  I looked in my cemetery notes in Legacy and found out why.  Apparently his stone was buried 12” down and located by a cemetery staff member, after my cousin inquired about it.

I’ve submitted a photo request on FindAGrave, since I can’t be sure I’ll get back to Detroit this year.  Although I certainly hope I do.

One more item to add to my long list of reasons that I think blogging helps with our research.  Seems like every time I write, I discover something new or something I’ve missed.

How many of your great grandparents headstone photos do you have?

OTHER POSTS THAT MAY BE OF INTEREST
CEMETERY RECORDS - What can they tell you?  How do you use them?