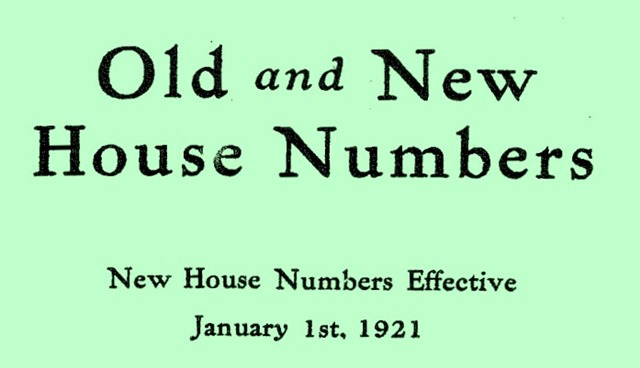 Here’s a quick tip for those of you with ancestors who lived in Detroit, Michigan.

On January 1, 1921 new address numbers were assigned to many streets in Detroit.  There is an explanation at the beginning of this book as to why this was done.

This kind of change would have to be recorded in our family history in order to properly represent the location.  Sort of similar to when all the county lines changed over the decades.

NOTE:  Any location we list for our ancestors should always be recorded as it was at the time.  Not, as it was later on.  This is true of cities, counties, states, countries or street addresses.

This list for Detroit is published by Steve Morse on his website stevemorse.org.  We are all familiar with Steve Morse for his publication of immigration information from Ellis Island and Castle Garden.  But, his website contains much more than that now.

Here is a list of the resources on this site for Detroit, Michigan.

Here is the direct link to the PDF containing those old to new numbers.  Detroit Old and New House Numbers effective 1 Jan 1921.  It downloaded pretty quickly for me.  I immediately saved it to Evernote and tagged it for easy reference.

I didn’t know about this specific resource until it was posted on one of the many genealogy Facebook pages I belong to.  In this case it was the Detroit Genealogy group.  My thanks to Richard Nolan for sharing it.

I think I’ll go back to the Steve Morse site right now and see what other hidden resources he has that I didn’t know about.