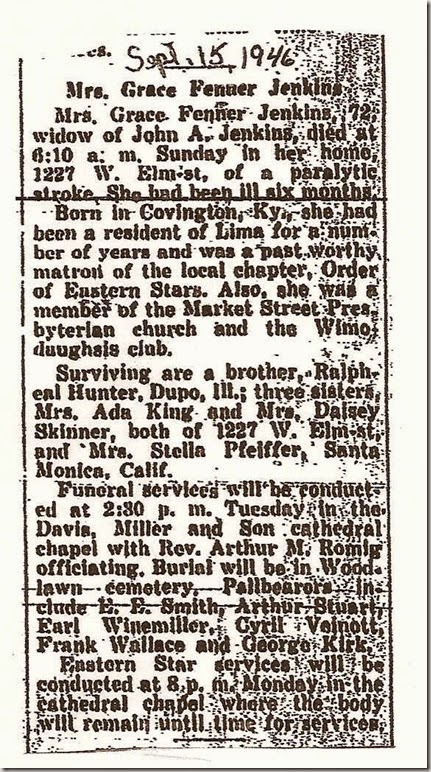 Grace Hunter was the daughter of James Gillen HUNTER and Susan Caroline BOGGS.  She was born 19 Jan 1874 in Covington, Kenton, Kentucky.  Her father, James, died when she was only 10 years old.  She married Charles H. FENNER on 16 May 1891 at the age of seventeen.  They had no children, but they did own and run a photo studio in Lima, Ohio.  Charles' brother, William James Fenner owned several photography studios and Charles joined him.   It was called Fenner Brothers Studio.  Many of our family photos were taken at Fenner Studios.

Sadly, Charles Fenner died at the age of 59, during the horrible influenza epidemic in 1918.

Grace continued to run the photo studio.  Sometime between 1920 and 1930 she married John A. Jenkins, a farmer. John also preceded Grace in death, dying in 1939.

She had quite a good sum of money at the time of her death.  I located her probate record.  She left money to each of her surviving sisters, her brother and a stepson.  The largest amount $16,625.75 was left to her sister Daisy Hunter Skinner.

I do have a couple of nice pictures of Grace. 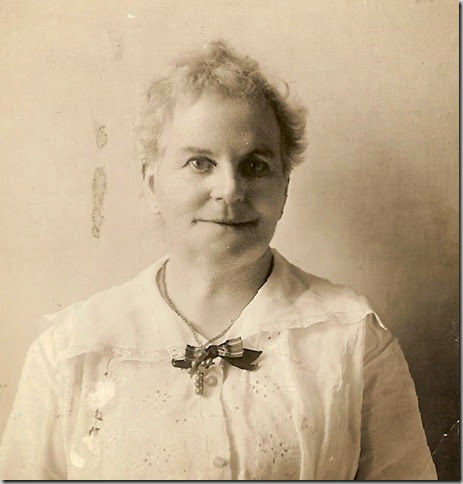 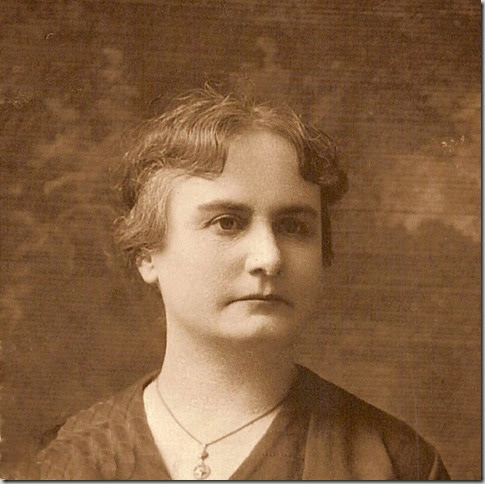 Grace is buried at Woodlawn Cemetery in Lima, Allen, Ohio, next to her first husband, Charles H. Fenner.

If you are familiar with any of the people mentioned in this post, please contact me.  I’d love to hear from you.