WEDDING WEDNESDAY - Or should I say Where Were They Married? 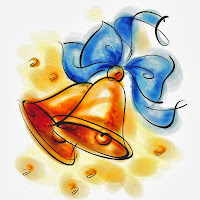 I don’t know about you, but I’ve certainly had my share of trouble finding marriage records for some of my ancestors.  Not all, but some.
They aren’t always married when or where you think they should be. Let’s take my grandparents, Harry W. GOULD & Marie W. LINDSAY.  They were both born in Detroit, Michigan, grew up in Detroit, had their son in Detroit and lived there until their early 70's.  Oh, and all their immediate family on both sides were in Detroit.  Then you would expect them to have been married in Detroit.  Right?

Beginning in 2003, I wasn’t able to find any marriage records for them on familysearch.org or Ancestry.com.  I even Googled their names using various methods and came up empty.
IMPORTANT NOTE:  Never give up the search!

Fast forward to September 2011.  I am, yet again, performing searches on the usual sites for their marriage record.   BINGO! FOUND IT!
I located an index of the record on Ancestry.com

In Detroit?  NO!
In the United States?  NO!
They were married in Windsor, Essex, Ontario, Canada.
Yup, they drove “across the bridge” from Detroit into Windsor and got married over there.
YIPPEE!   Doing my happy dance.
I went over to familysearch.org and found the image!
They were the first couple who's marriage was found to be "over the bridge" in Canada, but they weren't the last.

Was this wait and the search worth it.  OH YES!  Here's to my grandma & grandpa.  I love you both very much and would give anything to be able to talk to you again.

TIP:  If you have grandparents who are still alive.  TALK TO THEM!  Ask them questions about how they met, where they met, how long they dated, where they got married etc. etc.  You'll never regret asking, but you sure will regret not asking.