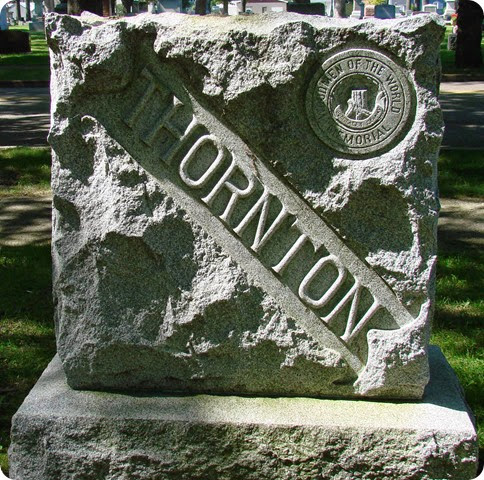 The Thornton’s are connected to my family by marriage.  My great grandaunt, Mary Elizabeth MILNE married John Thornton.

What I know about John THORNTON

John married Mary Elizabeth MILNE3 on 19 Dec 1871 in Lambton, Ontario, Canada.  They had 6 sons – Samuel Charles, Alfred, John Jr., George, Andrew Ritchie and Orman Staten and 1 daughter – Lottie May.  Two of the sons, Samuel and Alfred did not live to adulthood.

John’s obituary4 gives quite a bit of information about his life.  He came to Canada at the age of two and came to Michigan when he was 17 years of age, settling in Owosso.  He later returned to London, Ontario, Canada and then to East Tawas, Michigan.  From the obituary we learn that John was a pioneer resident of Muskegon, moving to the town in 1891.

John spent practically all his working days on the railroad.  He is listed as a retired Locomotive Engineer on his death certificate.

He was a member of the Maccabees and the Canadian Order of Foresters. His wife Mary, was a Treasurer of the Companions of Foresters.


John & Mary lived in Ontario, Canada for the birth of their first five children.  By 1888 when Orman5 was born, they have moved to East Tawas, Iosco, Michigan.  Their daughter, Lottie6, was born in Muskegon, Michigan. 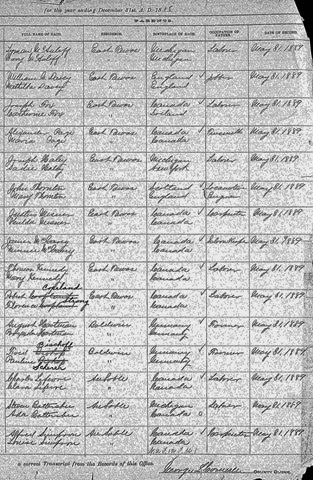 John died 25 Jun 1921 at his home 37 Prospect St., Muskegon, Michigan.  Cause of death is listed as Angina pectoris-arteriosclerosis1. 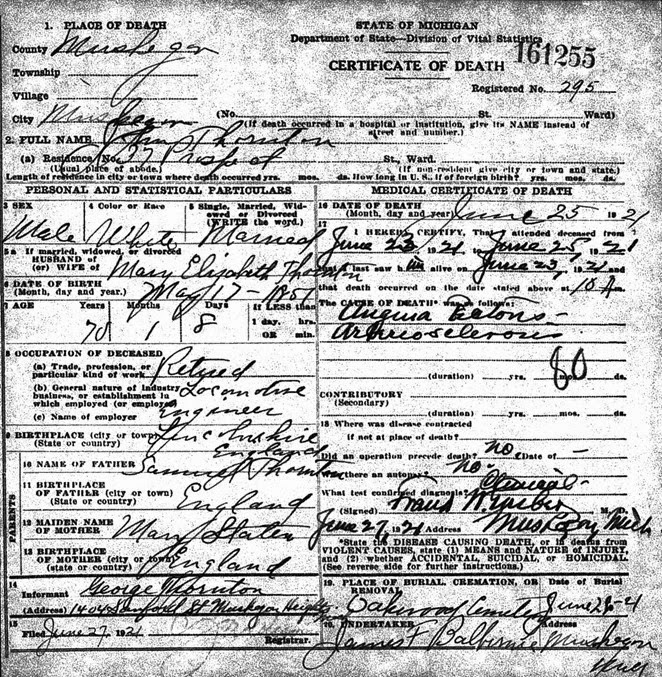 Mary lived for seven more years and died 22 Aug 1929 at Hackley Hospital in Muskegon, Michigan.  Her cause of death was Arteriosclerosis, myocarditis, nephritis, terminal lung infection. 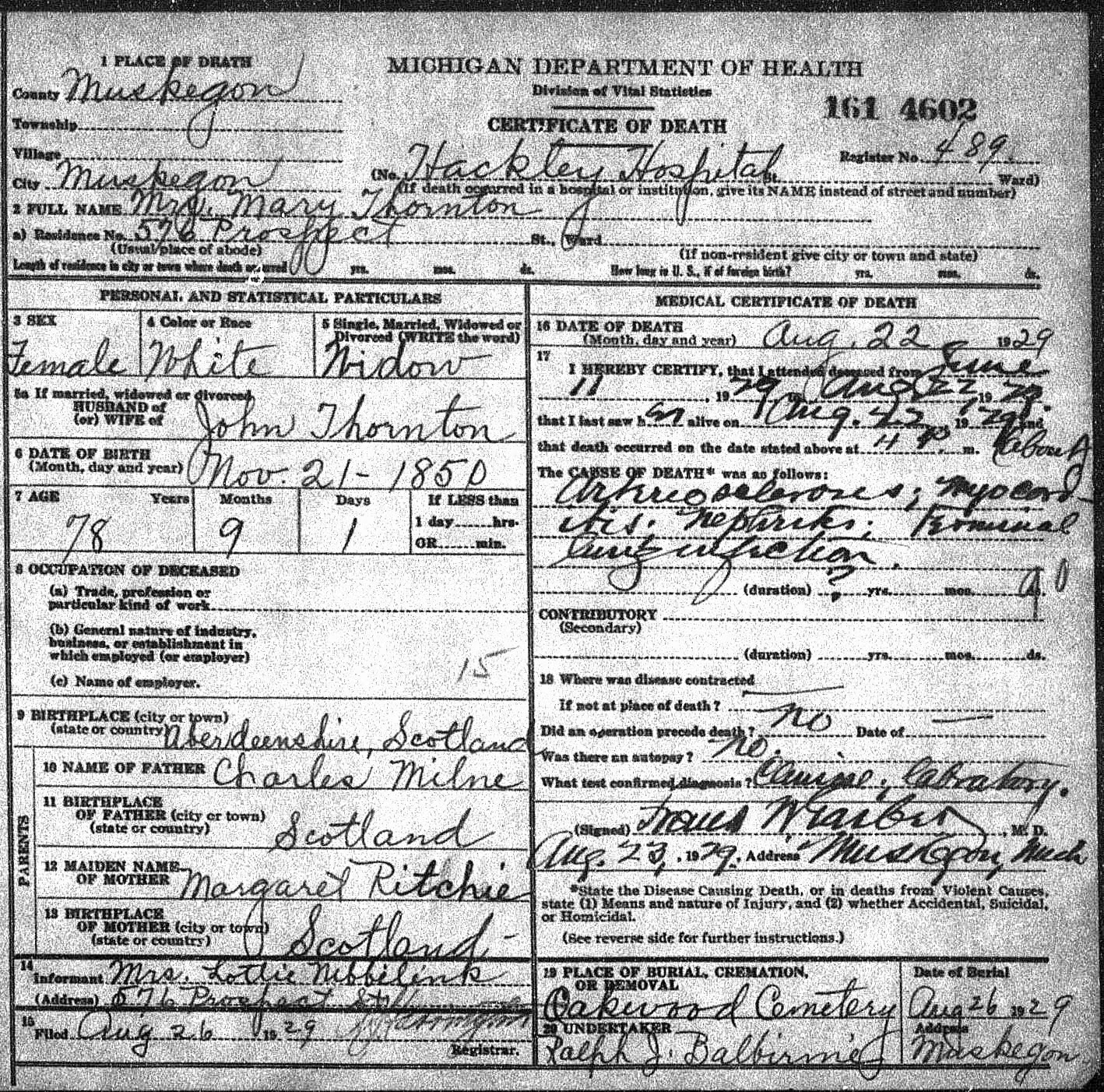 Both John & Mary are buried at Oakwood Cemetery, Muskegon, Muskegon County, Michigan.1  Here is a link to their memorials on findagrave.com – John, Mary.

If you think you might be related, even remotely, to anyone mentioned in this blog, please contact me!