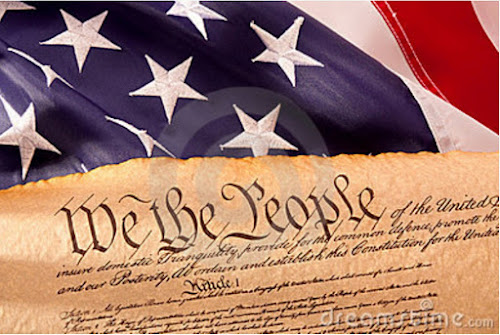 Today I’d like to honor a young man who fought and died for our independence during the Revolutionary War.

The senior Jeremiah Hall also served in the Revolutionary War for the Continental Troops, as a doctor.1

What little information I can find about young Jeremiah is his birth record and his death and burial record.  I have tried to locate his service record on Fold3 and Ancestry, but have not located it…yet.
Jeremiah was born 20 Dec 1759 in Pembroke, Plymouth, Colonial Massachusetts.  Here is a written record of his birth and an index. 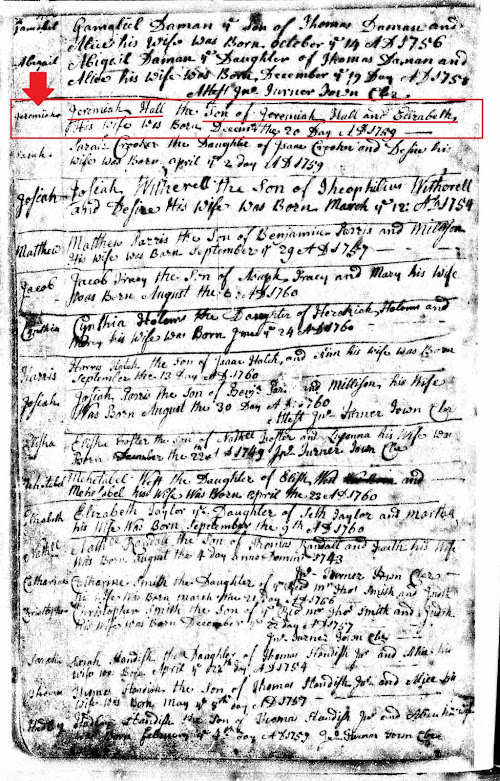 Jeremiah was the fourth child and first son, born to Dr. Jeremiah and his wife.  He had three older sisters, Dorothy age 6, Lawrentia age 4 and Lucretia age 2.  Along comes Jeremiah to fill the house with the inevitable sounds of a new baby and later the noise of a little boy.  Did his sisters dote on him I wonder?  Or was some of the usual sibling rivalry in play between the three girls and this new comer?  They didn’t have too long to think about it because the next child, another son they named Bailey, was born 2 1/2 years later in 1761, followed by two more sisters, Sarah and Lucinda.

Along comes the fight for independence and young Jeremiah signs up.  Did he tell his parents or did he just go and sign up?  What would they have thought?  He was so young and there was the usual danger of fighting in any military situation.  Especially against the British.  Afterall, they were a centuries old army, well trained and used to battle.  Not farmers and blacksmiths, store clerks and teenage boys, like those in this young country.

I’d like to find the military records for Jeremiah.  I will keep digging online.  But, I will search in earnest when I next visit the Family History Library in Salt Lake City.

The next records I have for this young man, are related to his death.
Here are the two indexes.  Note his age is listed as 17 because the birth date gives only a year.  But having his exact birth date, put his age at death as 16 years, 1 month and 4 days. 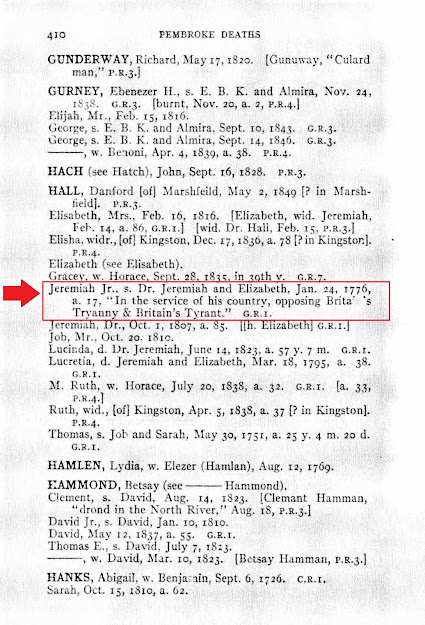 The entry in this index of Pembroke Deaths states: Hall, Jeremiah Jr., s. Dr. Jeremiah and Elizabeth, Jan 24, 1776, a. 17, “In the service of his country, opposing Brita’s Tryanny & Britain’s Tyrant.” G.R.I.  (I have transcribed it exactly as it was entered)

You may visit Jeremiah’s memorial on FindAGrave here #142810511.  I have requested a photograph of his headstone, if there is one.  I hope there is.

I am grateful to this young man and all those who fought in our war for independence.  RIP

If you have a connection to this family, I’d love to hear from you.

OTHER POSTS ABOUT THIS FAMILY THAT MAY BE OF INTEREST
WEDDING WEDNESDAY ~ A marriage record, of sorts, for Dr. Jeremiah Hall & Elizabeth Bailey


ALL RIGHTS RESERVED.  NO USE WITHOUT PERMISSION
Posted by Diane Gould Hall at 1:17 PM

Email ThisBlogThis!Share to TwitterShare to FacebookShare to Pinterest
Labels: #hallgenealogy