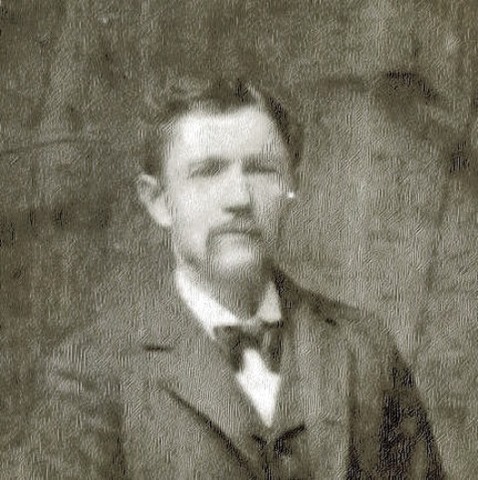 During my trip to Rootstech this year, I allowed a few days for research at the Family History Library (FHL).  Read about my preparation for my trip and all the fun I had in these two posts:

If you’ve been to the FHL you know that not every day will be a bonanza of finds (although we’d like that to be the case).  I’ve been fortunate to have been there 3 times now and my luck has varied from day to day.

On Saturday afternoon, my friend Pam and I had done all we could at the Rootstech conference and decided to spend the last couple of hours of the day at the FHL.  We were on the 3rd floor (books) and I wasn’t having much luck with my ancestors, so, on a whim, I decided to go down to one of the International floors of the building.  I’d had some good luck with German records on a visit in 2015.  Why not try again?  So down to B1 I went.

I asked one of the volunteers if there was anyone available to help with German records.  I was directed to Elder Kirk.

My question – Is it possible, with very little information to find any records for John Doller and his wife Bertha Keller?  These are my husband’s great grandparents.  I knew they’d immigrated from Germany to New York about 1890.

Here’s what I had:

Elder Kirk first asks if I knew the religion of this couple.  Were they Catholic or Protestant?  I said I didn’t think they were Catholic (based on the church attendance of descendants).  He begins pulling up sites on the internet that I had no knowledge existed.  My experience in German research is very limited.  Elder Kirk first tells me that the name Doller probably was the Americanized version of the surname.  We weren’t having any luck with John’s name so we switched to Bertha Keller, which Elder Kirk thought was a name that would not have changed.

He told me that the area called Danzig was Eastern Pomerania formerly part of West Prussia and located along the Baltic Sea.  Here is a link to more about the area The Polish Corridor.  And here is a map. 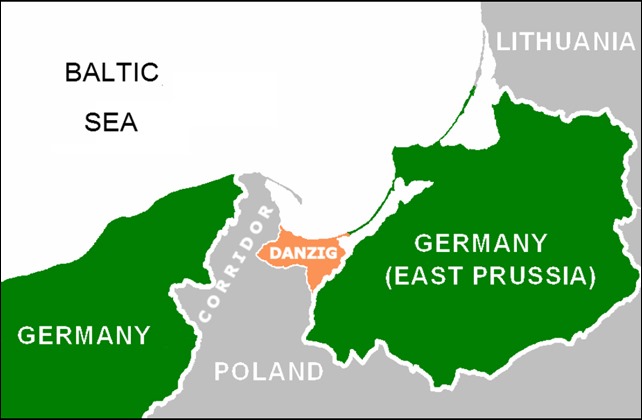 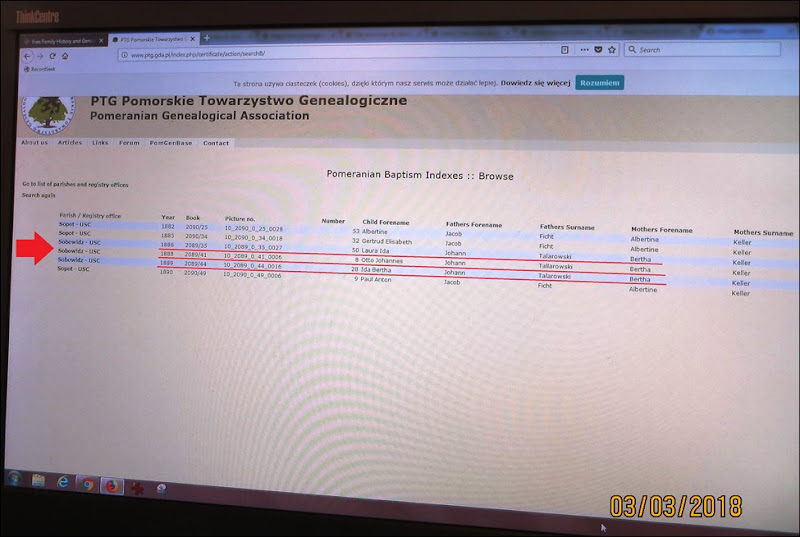 Remember those 3 unknown children that I said I had for Bertha Keller?  They would have been born between 1884 and their 1890 departure to America.  Their names were listed as Unknown 1,2 & 3 in my Legacy database.  Here they are!  Elder Kirk said that Tallarowski would easily have been John/Johann’s actual surname.  That when pronounced the first part of the name is very similar to Doller.

Laura Ida born in 1886 in Sobowidz

Otto Johannes born in 1888 in Sobowidz

Ida Bertha born in 1889 in Sobowidz

Next we went to another website that told us about Sobowidz/Sobbowitz.  Here’s the screenshot I took of that.  I only brought my iPad down to level B1 when I went so I was happy to be able to photograph these websites. 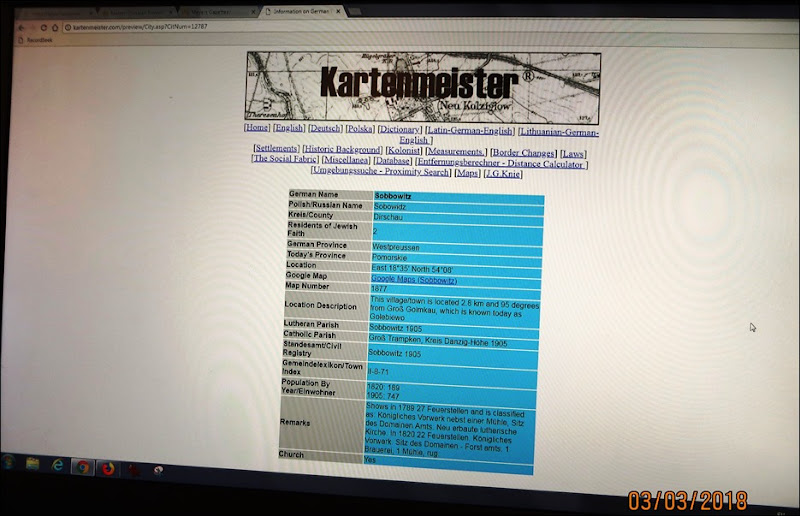 Time was running short for us so Elder Kirk pulled up the list of microfilms for the parish records, in hope we could locate both the births/baptisms of the children and the marriage of Johann and Bertha. 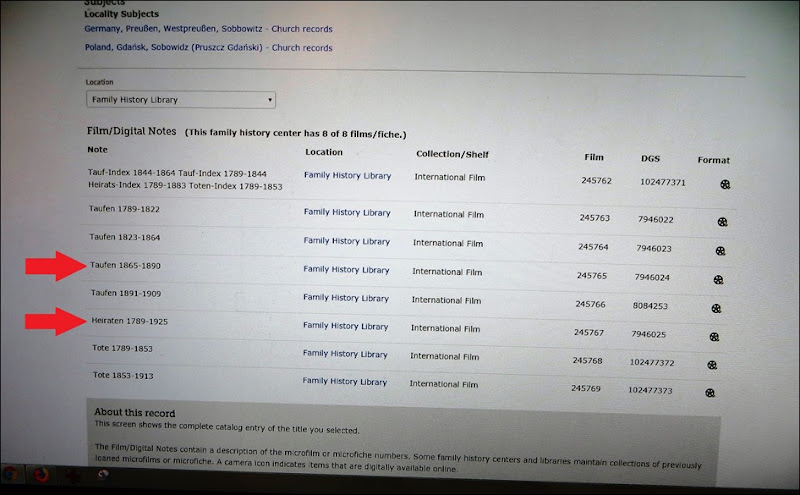 TAUFEN is a German word for Baptism and HEIRATEN is a German word for Marriage. We were off to pull film numbers 245765 and 245767. Wish us luck, the clock was ticking and the library would soon be closing.  Elder Kirk was so kind.  He said, you take one film and I’ll take the other.  We set up the film on adjoining microfilm readers and off we went.

It didn’t take long.  He had the film with the baptisms and was able to quickly locate records for all 3 children, Laura, Otto and Ida.  I had the marriage film and with some help from Elder Kirk we located the marriage record for Johann and Bertha.  THESE WERE SUCH HUGE FINDS!  The records were all in German.  I asked Elder Kirk what a particular word was, listed on the marriage record and low and behold, it translated to Mason.  If I wasn’t certain before this, that was the point where I wanted to hug Elder Kirk.  John Doller had been a Mason in every record I found for him in the US records.

With 5 minutes to go until the library closed, I had to take pictures of the microfilm finds as quickly as I could.  I would normally have taken a picture of the beginning of the film, the number etc.  But, I can always do that on my next trip.

Here’s an image of the marriage record for Johann Tolarowski (spelled many different ways in various records) and Bertha Keller on 7 Sep 1884. 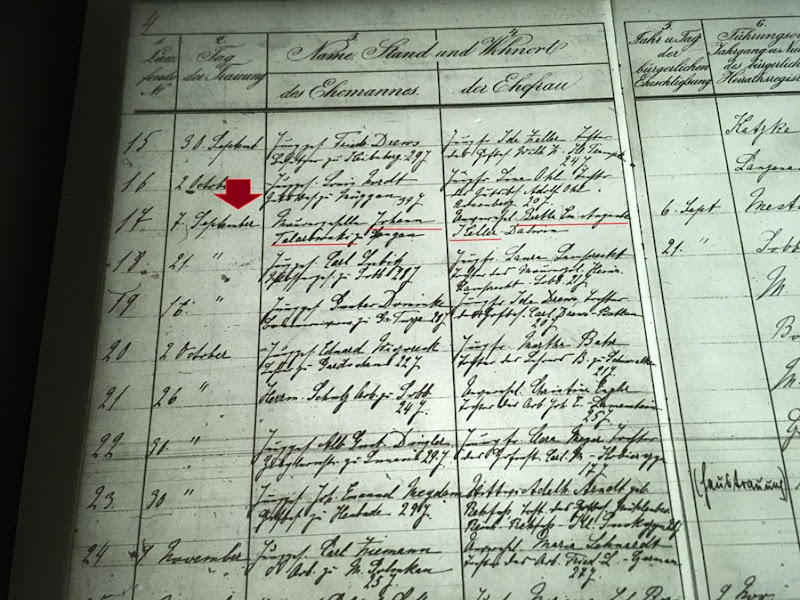 The baptism and death record for Laura Ida. 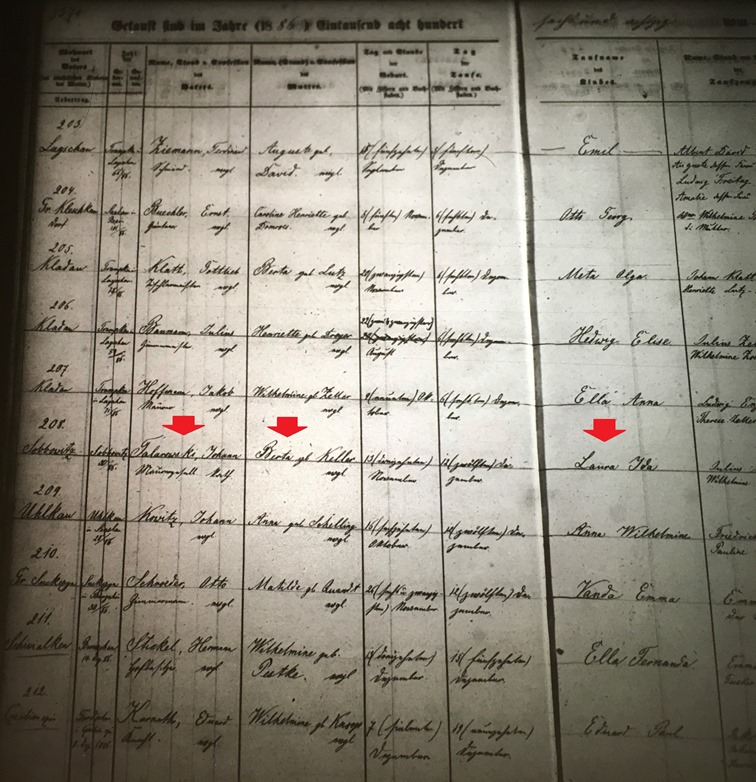 The baptism and death record for Otto Johannes. 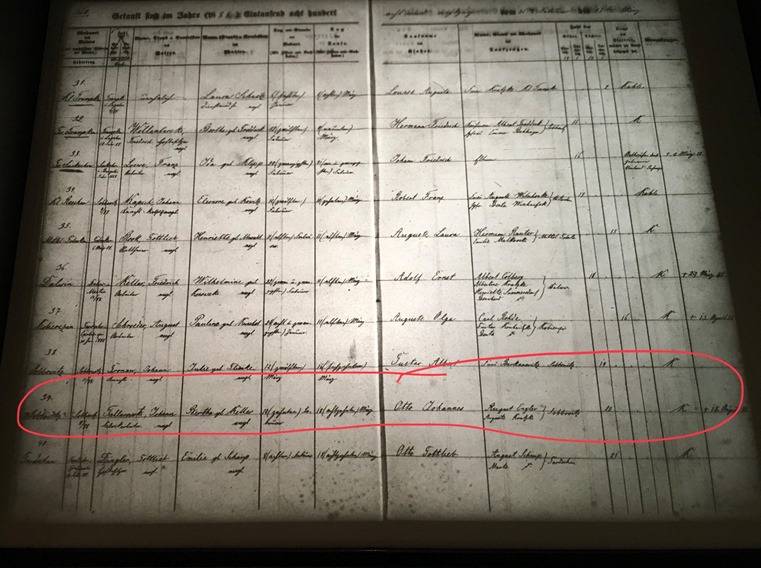 The baptism Ida Bertha.  There is no death date because she died either on the ship or in New York. 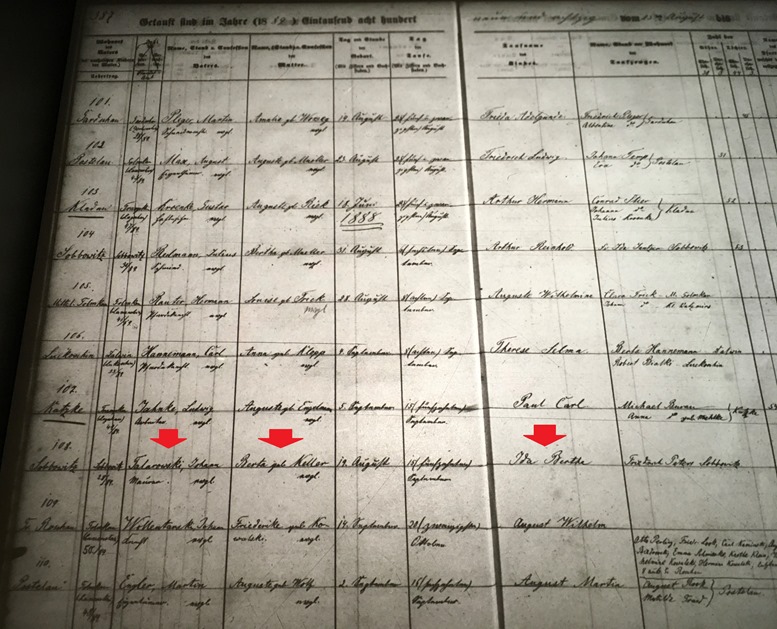 This is what I like to see on an Family View in Legacy.  Filled in information.  At this point we are missing or only have partial names of Johann and Bertha’s parents, but I’m hoping I can locate them.

The discovery of John’s German name has lead to me finding more information about this family.  I need to stop writing before this gets too much longer.  Don’t stay away, more on this story coming very soon.