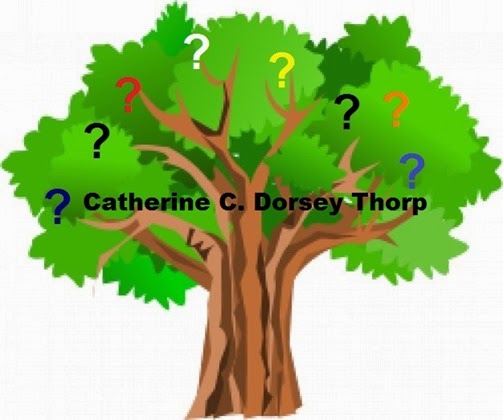 CATHERINE DORSEY is my paternal 2nd great grandmother.  She is another of my brick wall mysteries.  Here is what I know about her. 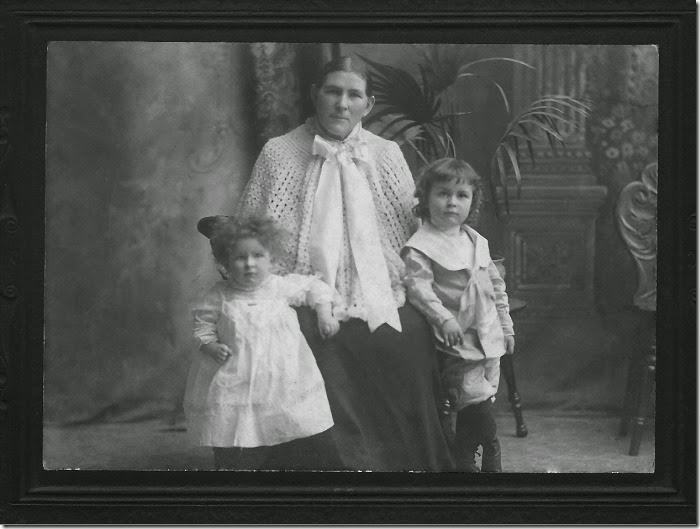 Above photo is Catherine with her daughter Annie & son, Horace Henry Thorp, Jr. The photo would be about 1870-1871 based on Annie’s age

BIO OF CATHERINE DORSEY
Catherine was born about 1842 in Dublin, Ireland. According to her death certificate she was married at age 17 yrs. to Horace Henry Thorp.  In the 1860 census she and Horace (listed as Maurice on the census) were living in Oswego, Oswego Co., New York, ages 24 and 21.  By the 1870 census the couple was living in Detroit, Wayne, Michigan with their children, Ellen, age 10 born in New York, Mary (my direct ancestor), age 8 born in New York, Catherine age 6 born in New York, Vincent age 4 born in Michigan and Henry, age 2 born in Michigan.  This tells me that the couple probably moved to Michigan about 1866 when Vincent was born.  She is again seen in the 1880 census with her family.  Then dies on 12 Jun 1898 in Detroit, Wayne, Michigan.  She is buried, without a headstone, at Mt. Elliott Cemetery in Detroit.

HERE’S WHAT ELSE I HAVE FOUND FOR CATHERINE
A possible passenger record for her.  I understand that the ages of our ancestors may not always be correct on these lists (as with any other historical document).

(Click on any image to enlarge it)
However, this is not the only passenger record that shows up when I conduct a search on Ancestry.com.
Here is a list of other passenger records.  These are indexes only, but certainly some possibilities.

She is enumerated in the following census records: 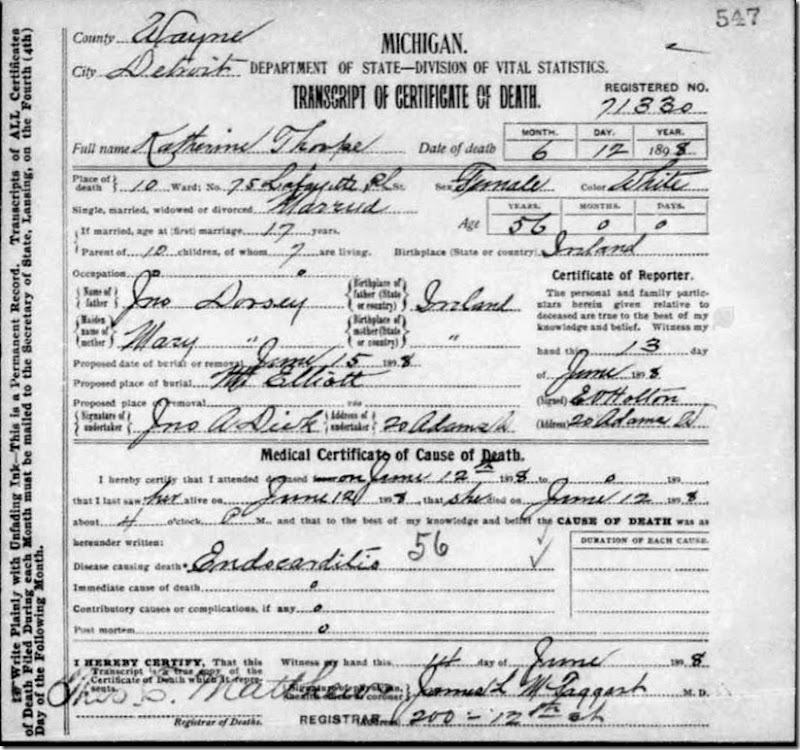 I have been to Mt. Elliott Cemetery in Detroit and talked to the sexton.  Their records indicate no headstone for Catherine.  I walked the area of her burial and found no headstone.

NOTE:  In my earlier days of researching I didn’t realize our ancestors moved so far and so often.  Since there were at least 6 of Horace and Catherine’s children still living in Detroit, Michigan, I would not have expected him to move way out to Washington state.  His brother, Monson Thorp, Jr. lived in Spokane and was more than likely the reason Horace moved to that state.  Horace’s residence at time of death was Ash St., the same street his brother lived on.

Here is a screenshot of what I have in Legacy for Catherine.  Note the 11 children and not 10.  There is some confusion over two birth records I have found for Willis and William, the two youngest boys.

Here are photos or drawings of Catherine and Horace, courtesy of my cousin, Bonnie, in Michigan. 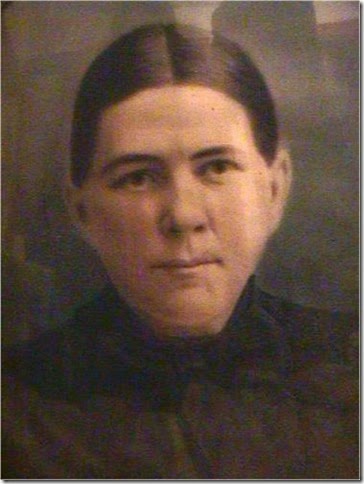 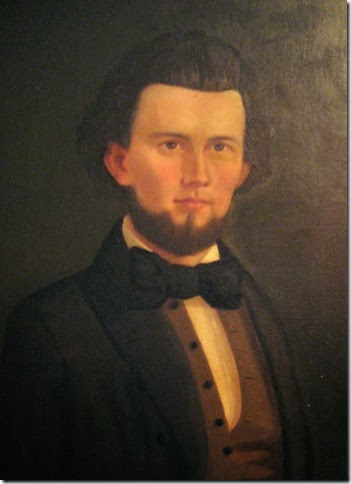 I wonder if Catherine came over to America alone?

With all of those children, you would think she would have some kind of headstone.

I have not done any Irish research, but hope to in a few weeks while I’m at the Family History Library.

I welcome your input for how I might locate Catherine’s parents.

For links to my previous "Mystery Monday-Who's Your Daddy" posts please click on the tab at the top of my blog.

If you think you might be related, even remotely, to anyone mentioned in this blog, please contact me!