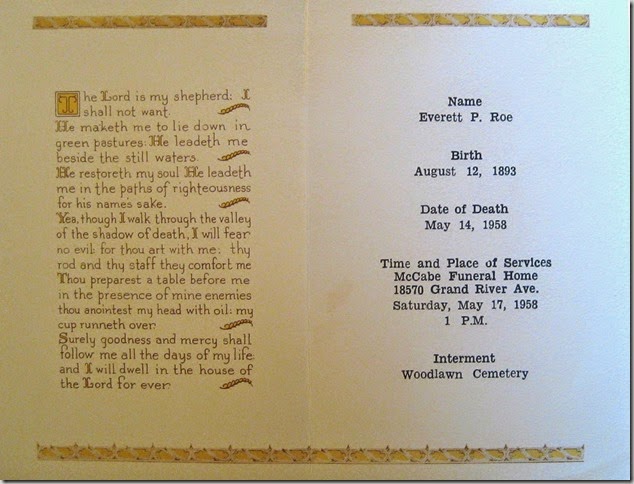 I have to be honest.  I haven’t written anything for this particular topic because I don’t have many funeral cards.  However, much to my surprise I actually had more than the two or three I thought.

I’m going to start today and go through the list over the next few Fridays.  I will talk about who this person was to me and about their history and family.

Everett Pierre Roe was married to my maternal grandfather’s sister.  Sadly, I never knew either Everett or his wife, Irene.  We moved away from Detroit, Michigan when I was only 7 years old.  Most of the rest of my family, grandparents, cousins, aunts, uncles etc., all stayed in Detroit.  And many are still there.

Here is a picture of Everett wearing his Navy hat, I’m told this was about 1919.  And one of his wife, Irene, the year not known. 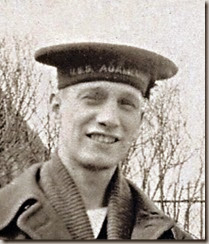 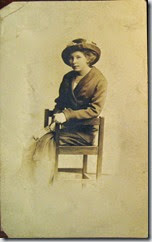 The one daughter born to Everett & Irene is a first cousin to my mother.  I do remember meeting her when I was a little girl.  Fortunately, after decades, I was able to locate her in Michigan and got to meet and talk with her on my visits in 2007 and 2010.  I’ve even spent time with her oldest daughter.  It was during one of those visits that I was able to get copies of photos and documents.

NOTE:  I took my digital camera with me during the visit.  I photographed documents and took pictures of photos.  Doing this allowed me to capture these items, without asking Everett’s elderly daughter to part with them while I took them some place to scan them.  This was before the days of wand scanners and Flip Pal.  Always be prepared when you visit with family.

Everett served in the Navy during World War I.  He enlisted on 21 Apr 1917 and was discharged on 15 Jul 1919.  Here is the military service card, recording his service. 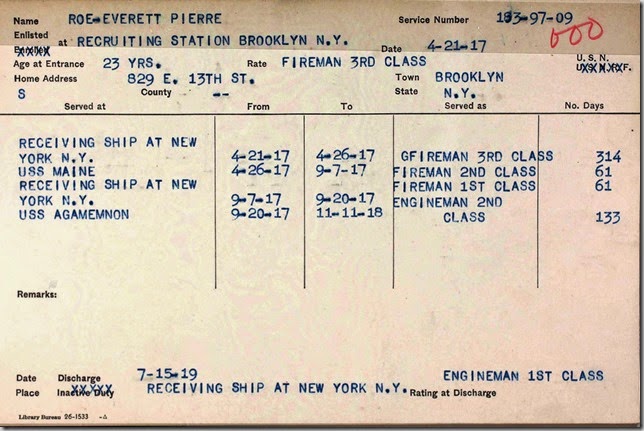 Everett’s obituary states that he was associated with the R. L. Pope Furniture Company at 14751 Seven Mile Rd. West from 1946 to the time of his death.  He lived in Detroit for 36 years.

Everett was 65 years old when he died and he and Irene had been married for 32 years.  I don’t have a cause of death for him or a death certificate.  I do know he is interred at Woodlawn Cemetery in Detroit.  I have personally photographed his headstone.  His wife, Irene, is also buried with him. Here is a link to the findagrave memorial I created for him:
http://www.findagrave.com/cgi-bin/fg.cgi?page=gr&GRid=49427451

It seems to me that I could learn more about Everett’s life.  There should be more records I can obtain.  I can also talk to his daughter and granddaughter and learn more about him.  It’s when we begin to write a story about one of our ancestors that we truly have a picture of their lives.  If all we have are names and dates, then we have missed so much.  For many, that is all we will ever have.  But, for Everett, I know I can do better.  It seems I better make a phone call or two.

HAVE YOU READ THESE POSTS?
FAMILY RECIPE FRIDAY - HOW TO KEEP HAIR CURLED BACK IN 1906

CEMETERY RECORDS - WHAT CAN THEY TELL YOU? HOW DO YOU USE THEM?

Copyright ©  2014   Diane Gould Hall
ALL RIGHTS RESERVED.  NO USE WITHOUT PERMISSION