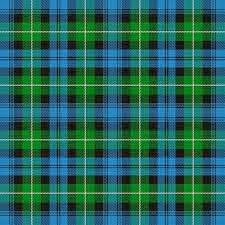 Today is National Scottish Tartan Day.  I’m extremely proud of my Scottish heritage, which comes from both my paternal & maternal lines.  Three of my eight great grandparents came over from Scotland.  There might be a fourth if I could break down one brick wall.

I thought I would post a little about the 3 clans in my line and a picture of their tartans.  When you Google a particular name and the word tartan you get several choices for each clan.  Apparently there are variations in each tartan pattern.  I just picked the one or two I preferred for a particular name.

http://en.wikipedia.org/wiki/Tartan_Day
“Tartan Day is a celebration of Scottish heritage on April 6, the date on which the Declaration of Arbroath was signed in 1320. An ad hoc event was held in New York City in 1982, but the current format originated in Canada in the mid-1980s. It spread to other communities of the Scottish diaspora in the 1990s. In Australasia the similar International Tartan Day is held on July 1, the anniversary of the repeal of the 1747 Act of Proscription that banned the wearing of tartan.
Tartan Days typically have parades of pipe bands, Highland dancing and other Scottish-themed events.”

Here are three of the Scottish surnames in my ancestry.  I have looked online and found various sites that have the origins of the names.  They vary from site to site. 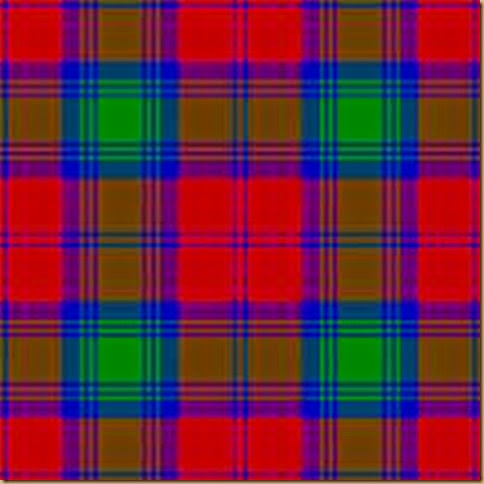 Origins of the clan

From Wikipedia http://en.wikipedia.org/wiki/Clan_Lindsay
The Lindsays were prominent in both England and Scotland from the late 11th century.[1] Sir Walter de Lindissie accompanied David of Scotland, Earl of Huntingdon to claim his throne.[1] Walter's great-grandson, Sir William de Lindesay, sat in the Parliament of 1164 and was later a justiciar.[1] William Lindsay held the lands of Crawford. The chief's premier title was later Earl of Crawford.[1] Sir William Lindsay sat in Parliament as Baron of Luffness in East Lothian.[1] His wife was Etherlreda who was a granddaughter of Cospatrick who ruled most of Northumbria.[1]
Sir William Lindsay's son was Sir David Lindsay who married a member of the royal family named Marjory.[1] David died in 1214 and was succeeded as Lord Crawford and High Justiciar of Lothian by his son who was also called David.[1] This David also inherited the English estates of Limesay and Wolveray.[1] One of his descendants was another Sir David Lindsay who was Chamberlain of Scotland in 1256.[1]

Origins of the surname


In Scotland this ancient name is found mainly in Aberdeenshire. It is of Anglo-Saxon origin, and in most instances a topographical surname for someone who lived near a mill, derived from the Olde English pre 7th Century "mylen(e)", Middle English "mille, milne", from the Latin "molina", a derivative of "molere", to grind. The mill was an important centre in every medieval settlement, normally operated by an agent of the local landowner, and in some cases the surname may be an occupational name for a worker at the mill or for the miller himself. A family of the name Miln(e) were farmers at the Mill of Boyndie for generations. One Gilbert Milne had a grant of the chaplainry of Golspe in 1575, and John Miln was servitor of John Scrimgeour of Glaswall in 1610. A Coat of Arms granted to a Milne family of Aberdeen in 1692 depicts, on a gold shield, a blue cross moline pierced ovalways of the field between three black mullets, all within a blue bordure wavy. The Crest is a galley with oars erect in saltire proper, and the Motto, "Dat cura commodum", translates as: "Vigilance ensures advantage". The first recorded spelling of the family name is shown to be that of Johannes de Molendino, which was dated 1382, in the "Episcopal Register of Aberdeen", Scotland, during the reign of King Robert 11 of Scotland, 1371 - 1390. Surnames became necessary when governments introduced personal taxation. In England this was known as Poll Tax. Throughout the centuries, surnames in every country have continued to "develop" often leading to astonishing variants of the original spelling.
The surname Milne originates from the clan of Gordon, according to various sources I have found.
© Copyright: Name Origin Research www.surnamedb.com 1980 - 2013
Read more: http://www.surnamedb.com/Surname/Milne#ixzz2kfaNo1vn 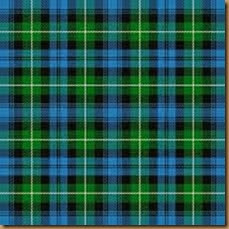 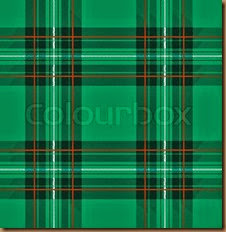 Origins of the surname

“Wallace is a Scottish surname derived from the Anglo-Norman French waleis, which is in turn derived from a cognate of the Old English wylisc (pronounced "wullish") meaning "foreigner" or "Welshman" (etymology; see also Wallach and Walhaz). The original surname may have denoted someone from the former Kingdom of Strathclyde who spoke Cumbric, a close relative of the Welsh language, or possibly an incomer from Wales, or the Welsh Marches. The Kingdom of Strathclyde was originally a part of the Hen Ogledd, its people speaking a Brythonic language distinct from Scots Gaelic and the English derived from Lothian. In modern times, in the 19th and 20th centuries, the surname has been used as an Americanization of numerous Ashkenazic Jewish surnames.”
http://en.wikipedia.org/wiki/Wallace_(surname)


This is just a bit of background on some of my Scottish heritage.

I wrote about my MILNE surname on Surname Saturday back in November 2013.  You can read that post here SURNAME SATURDAY – MILNE

We are traveling to Scotland in the next few weeks and I can’t even tell you how excited I am.  It will be my first visit.  We will walk the same streets as my great grandparents and even see some of the places they lived.  I’ve looked at Google Earth and Maps and they are still standing.  You know I'll have some great stuff to share when we return.


Copyright ©  2014   Diane Gould Hall
ALL RIGHTS RESERVED.  NO USE WITHOUT PERMISSION